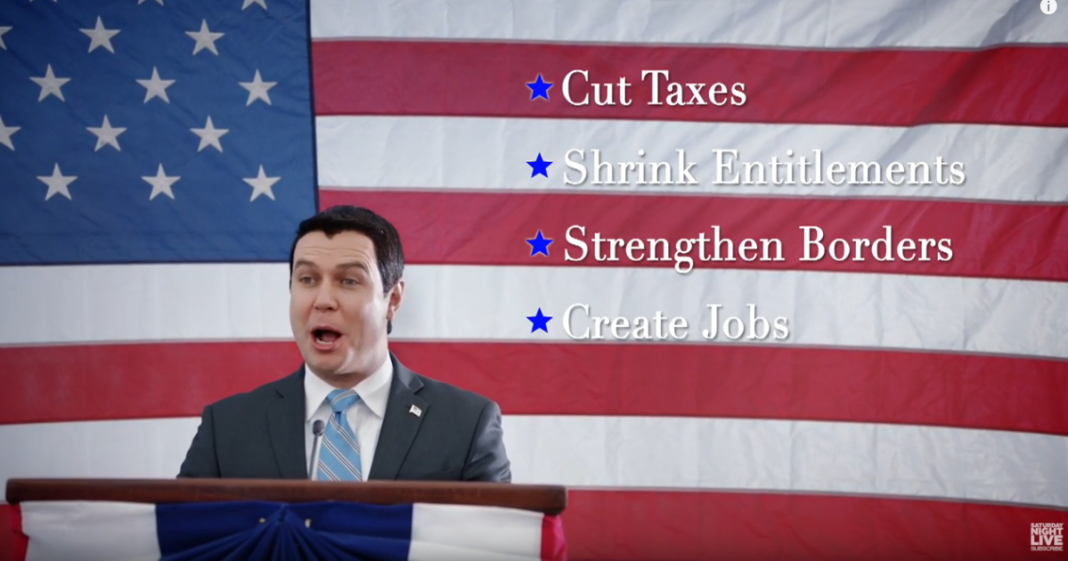 As it often happens during the live sketch show, a hilarious political ad was cut for time from this week’s “Saturday Night Live.” The chuckle-worthy clip was luckily uploaded online and features show star Taran Killem doing a pretty decent Paul Ryan impression as he promises again and again that he is not going to accept a Republican nomination.

The advertisement isn’t far off from the language used by Ryan recently as he promises that he doesn’t want and won’t accept a nomination, despite the fact that he once said the same thing about being Speaker of the House.

I already have a job to do. And that is to be the best Speaker of the House I can be — a job I swore I would never, ever take. And then I did. But, c’mon, that was like six months ago. I would never do something like that now.”

The ad even has his children innocently remind the Speaker that some of the most important presidents were created from a contested convention. Nevertheless, Ryan says, it’s not for me.