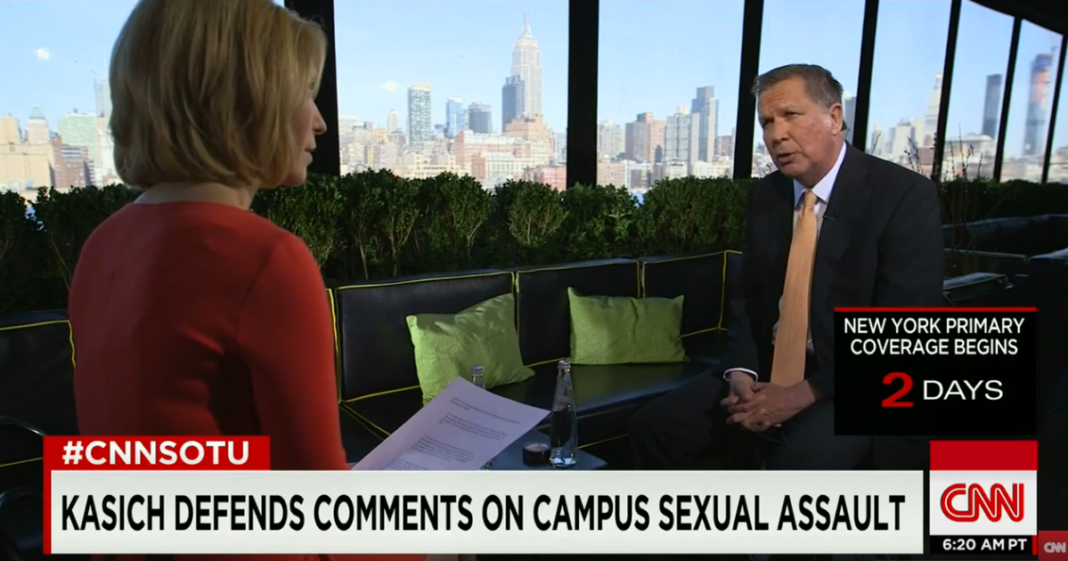 During an interview with CNN’s Dana Bash, presidential candidate John Kasich was asked about the remarks he made to a young college student last week when he advised her to avoid parties with alcohol if she wanted to feel safe in regards to sexual assault.

Many were critical of Kasich’s remarks as he seemed to play into common victim-blaming tactics by suggesting that the entirety of responsibility for avoiding a rape lies in the hands of the victim, rather than the perpetrator or the cultural environment.

During the interview, Kasich became indignant that anyone could dare interpret his words to be anything but positive and once again re-upped his comments by indicating that a situation involving alcohol is somehow more conducive to acceptable rape than if the victim had been sober.