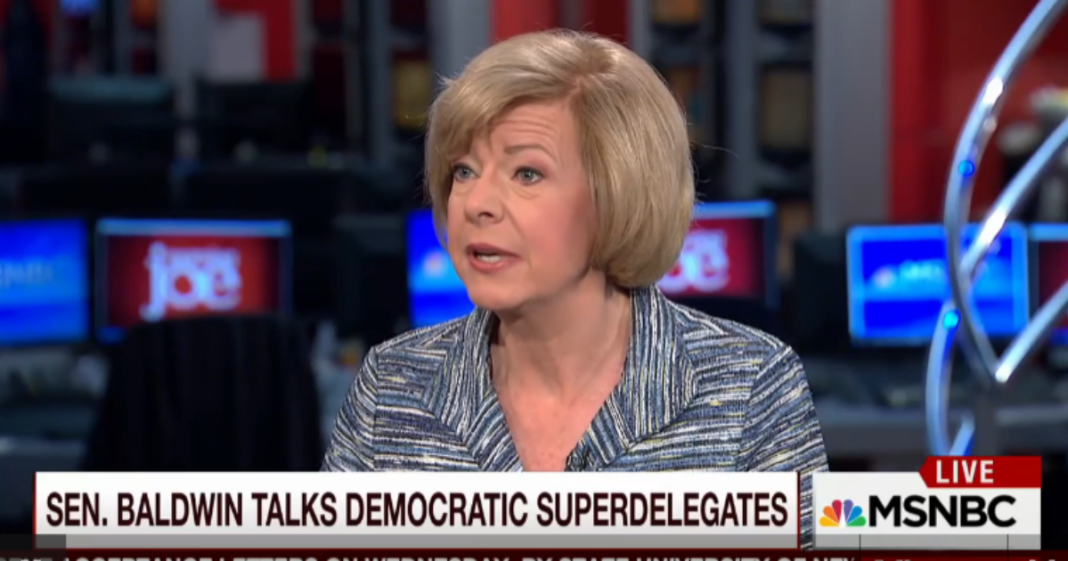 Despite Bernie Sanders’ strong showing in the state of Wisconsin during the Democratic primary, Wisconsin senator and Superdelegate Tammy Baldwin has put her support and vote behind Hillary Clinton.

Baldwin claims that her vote will correspond to the will of the people, somehow ignoring that in her specific state, Sanders won by a whopping 13 points.

Baldwin was asked how she could justify going against the interests and wishes of the people in her state.

“I am a human being and a Superdelegate,” Baldwin joked.

Baldwin then went on to explain that her personal support for Clinton would change if Sanders were to win the popular vote, saying that she prefers the way things went in 2008 when Superdelegates jumped ship in favor of Obama.

Baldwin seems to completely ignore the importance of momentum, or else her vote would more correctly correlate to the wishes of her constituents. This is just yet another excuse from a Clinton supporter who wants to ignore growing momentum for Sanders in favor of groveling before Clinton.