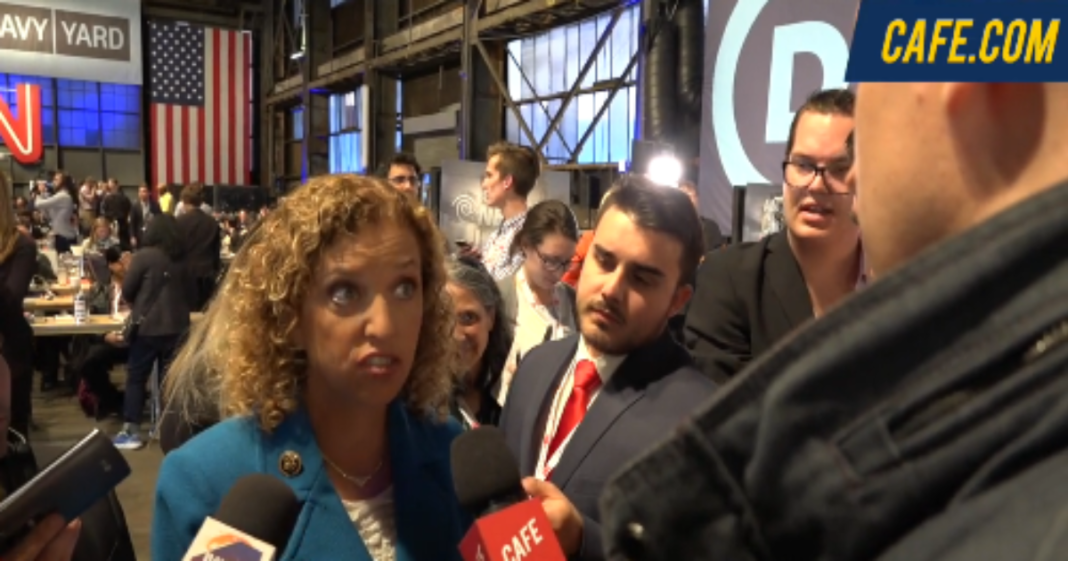 An online news source called Cafe managed to weasel their way inside the Democratic debate last Thursday where they asked many important campaign officials what they thought about the debate portion of presidential campaigns and whether they were an important part of the discourse.

Most officials said that yes, they considered debates to be extremely important for presidential candidates so that those running could convey their ideas and viewpoints to voters.

DNC Chair Debbie Wasserman Schultz said the same thing, making sure to point exclusively to presidential candidates. But then the reporter asked a follow-up question that will haunt Wasserman Schultz for days.

For those of you who can’t stand to hear the woman speak (and we don’t blame you) here was the question posed and her answer:

“Do you committ to debating your primary opponent?”

“I’m here to talk about the presidential election.”

Wasserman Schultz gave an oscar-winning stink eye before turning away and pretending the reporter no longer existed. Once again, she proves that she and the rest of the establishment are scared stupid about the fringe threats to their cozy thrones. Wasserman Schultz is making a grave error by refusing to acknowledge her opponent, but once August comes, she won’t be able to ignore him anymore when she finds herself out of a job.

WATCH: We Went Live Inside the Temple of Democracy — the Presidential Debatehttps://t.co/sl1Y3enEZi