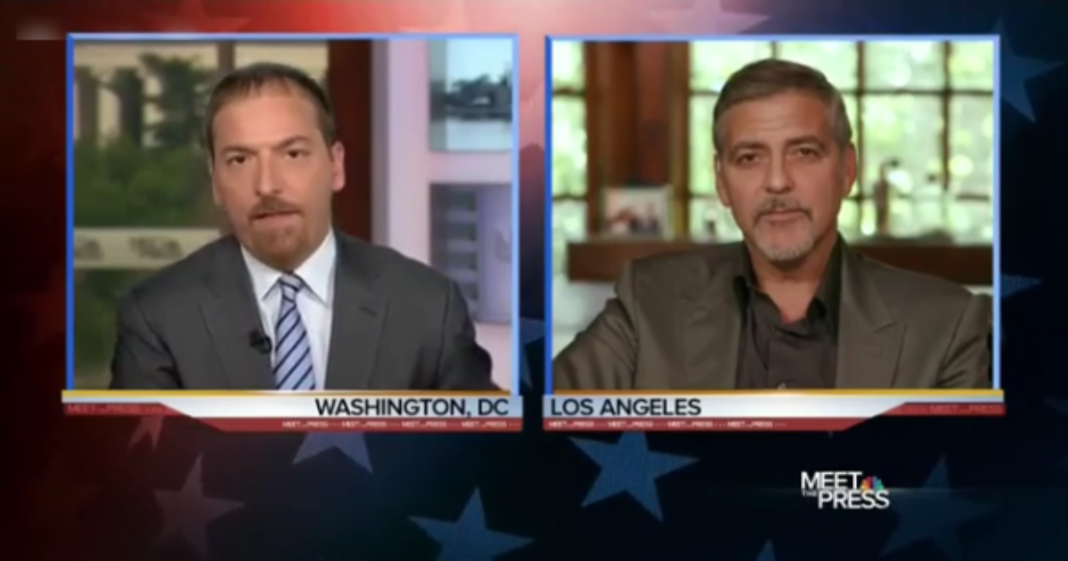 An interesting thing happened during an interview between “Meet The Press” host Chuck Todd and celebrity George Clooney on Sunday morning when Clooney, despite having just hosted a massive and lavish fundraiser on Friday, said that he wholeheartedly believes that there is far too much money in politics.

Todd asked whether or not Clooney felt that the lavish spending and fundraising at events like his could be considered “obscene.”

Surprisingly, Clooney agreed and said that he did indeed feel that money raised at events like his were an “obscene amount.” Referring to the protesters who assembled outside of the venue and threw handfuls of dollar bills at Hillary Clinton’s motorcade as it left the venue, Clooney said that they were “absolutely right to protest.”

Clooney then defended fundraisers like his by saying that the money raised on Friday would not be going exclusively to the Clinton campaign but rather to down-ticket Democrats like Senators and members of the Congress.

Clooney’s focus is on getting a Supreme Court judge confirmed, and he is more than willing to work within the current system to accomplish his goal.

“We need to take the Senate back because we need to confirm a Supreme Court Justice because that fifth vote on the Supreme Court can overturn Citizens United and get this obscene, ridiculous amount of money out so I never have to do another fundraiser again.”