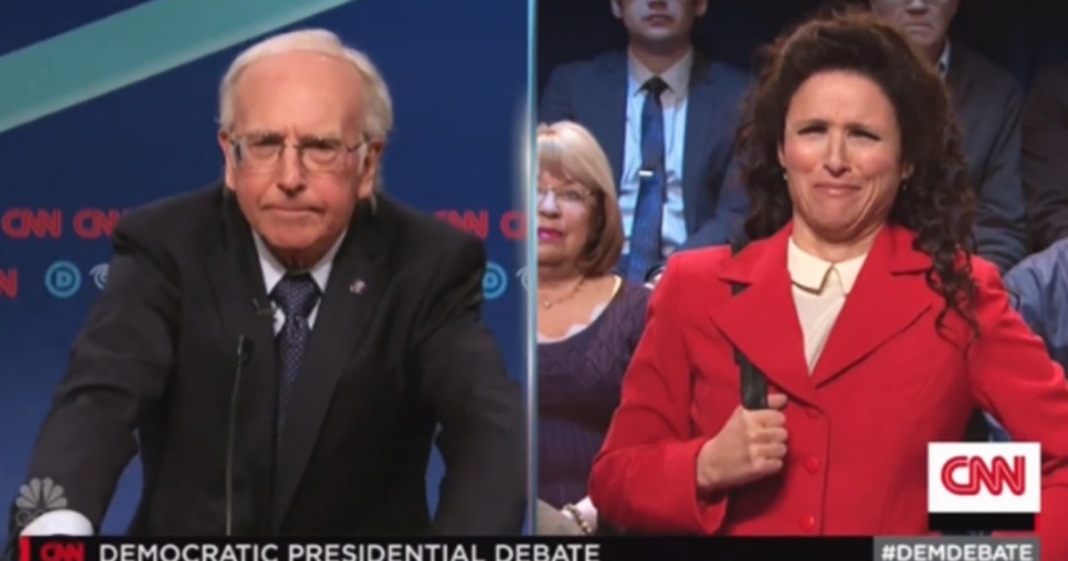 On Saturday, comedian and actor Larry David made an appearance yet again to portray his impeccable impression of presidential candidate Bernie Sanders.

As Bernie has joked before, the two men look and act so similarly because they are the same person! Or at least pretty close.

David-as-Sanders said that he wishes they could have a million debates:

“When people hear my message, it resonates because I always talk as if I’m standing on the other side of a river.”