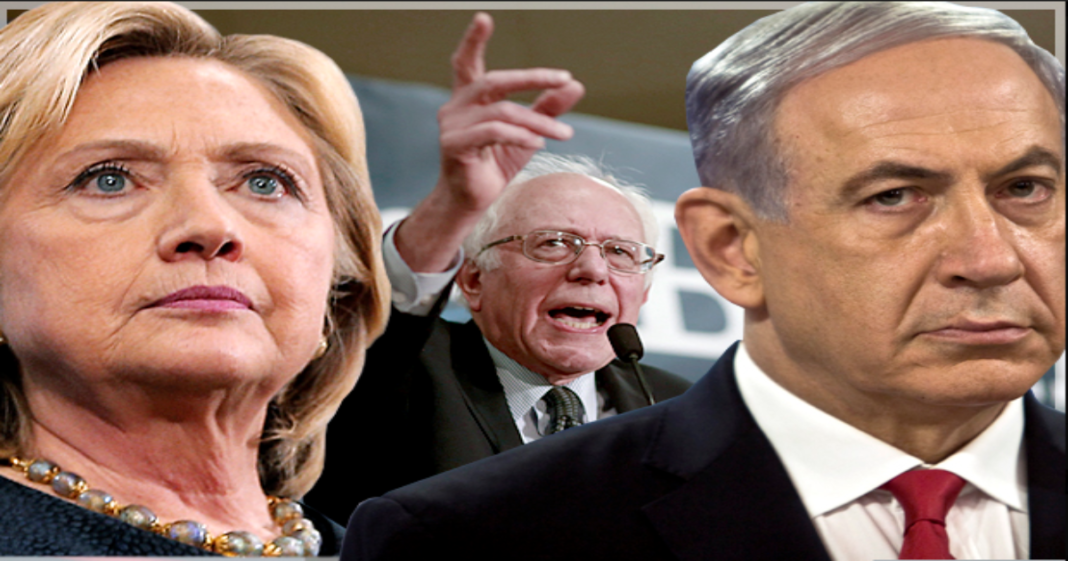 During Thursday’s Democratic debate on CNN, Bernie Sanders once again took the politically unpopular stance by daring to show a bit of level-headedness concerning the Israeli-Palestinian conflict.

In an article on Salon which covers this issue extensively, Ben Norton outlines just how backwards this entire issue has been allowed to become due to twisted American politics:

“In mainstream U.S. politics, the Palestinians are almost invariably seen as mere trouble for Israel, which considers the indigenous Arabs to be a “demographic threat.”

When Hillary Clinton talks about the Palestinians, this is precisely the kind of image she invokes. In the debate, she characterized Palestinians simply as threats to Israel. Each time she spoke, she fearmongered about the militant group Hamas.

While Clinton remained on the politically safe side by completely ignoring the rights and injustices faced by Palestinian people, Bernie reminded us all that this is very much a two-sided issue.

“‘You gave a major speech to AIPAC, which obviously deals with the Middle East crisis, and you barely mentioned the Palestinians,’ Sanders scolded.

‘There comes a time when, if we pursue justice and peace, we are going to have to say that Netanyahu is not right all of the time,’ he asserted, to applause from the audience.

Sanders was referring to Israel’s hard-line right-wing Prime Minister Benjamin Netanyahu — who, when he finishes his present fourth term, will be the longest-serving head of state in Israel’s almost 70-year history.

Clinton has pledged multiple times that, if she is elected president, she will meet with Netanyahu in her first month in office.”

It has become clear to those of us who do not subscribe to the hard line of establishment politics that this will be yet another issue that Sanders will prove to be correct in. In the coming decades, we will view our neglect of the Palestinian people as a gross violation of their freedom in favor of an overly-favorable view of Israeli people and territory.