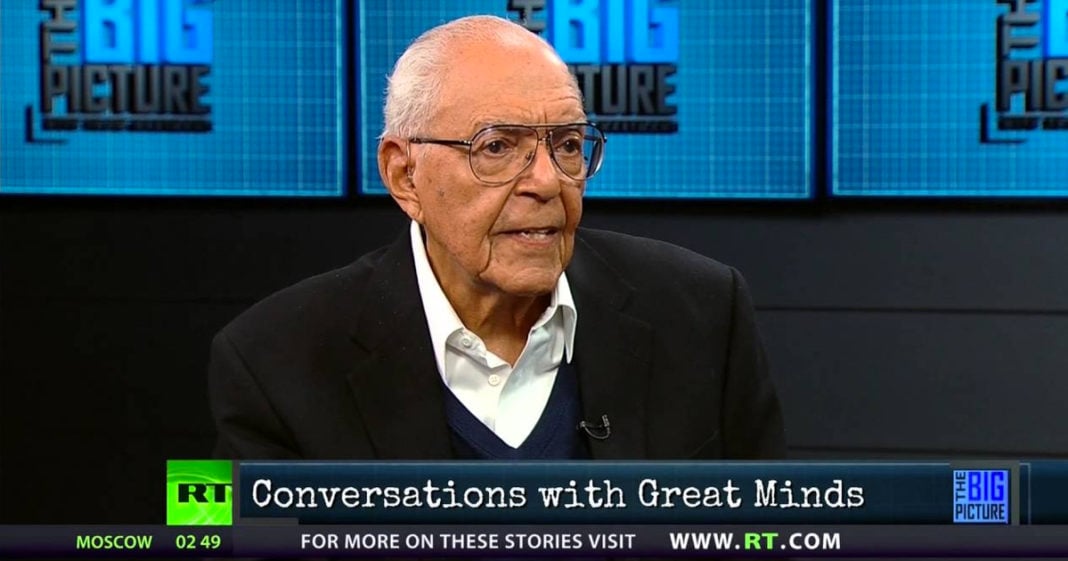 Dr. William Ferguson “Fergie” Reid, Sr. joins Thom Hartmann. For tonight’s Conversations with Great Minds I’m joined by two generations of activists. Dr. William Ferguson Reid, Sr. is a civil rights icon and a true American hero. A former Marine and trained physician – he was the first African-American elected to the Virginia Assembly since Reconstruction and played a pivotal role in that state’s Civil Rights Movement by founding the Richmond Crusade for Voters in 1956. Dr. Reid is still fighting for equal rights more than half a century later – and recently founded the the 90 for 90 Campaign to help get out the vote in his native Virginia. Dr. Reid’s Son – William Ferguson Reid, Jr. – is also a trained physician and is helping carry his father’s legacy on to the next generation of activists.