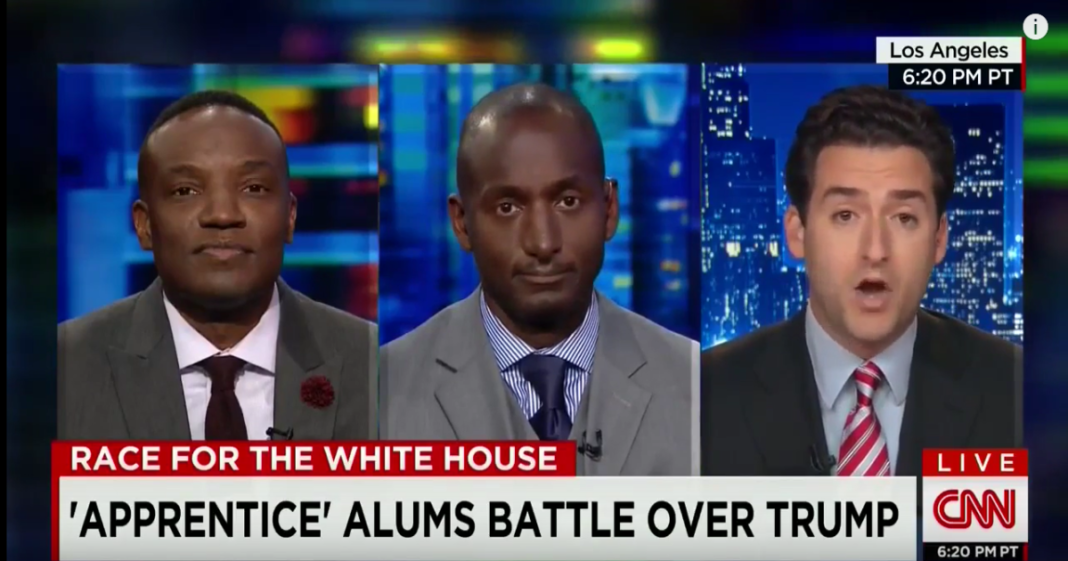 In a CNN segment on Saturday, several former cast members of Donald Trump’s hit show “The Apprentice” went head-to-head over whether or not Trump’s candidacy for president was a good idea.

Throughout this election cycle, we have seen several former members of Trump’s show make appearances on media outlets chatting about their fervent support of the man, but this week all of that changed when a group assembled to speak out against Trump’s candidacy instead.

A man who won season four of the show said that he and several others are most concerned about the fascist elements of Trump’s candidacy while a season one contestant referred to Trump’s campaign as a sort of Dr. Jekyll and Mr. Hyde phenomenon.