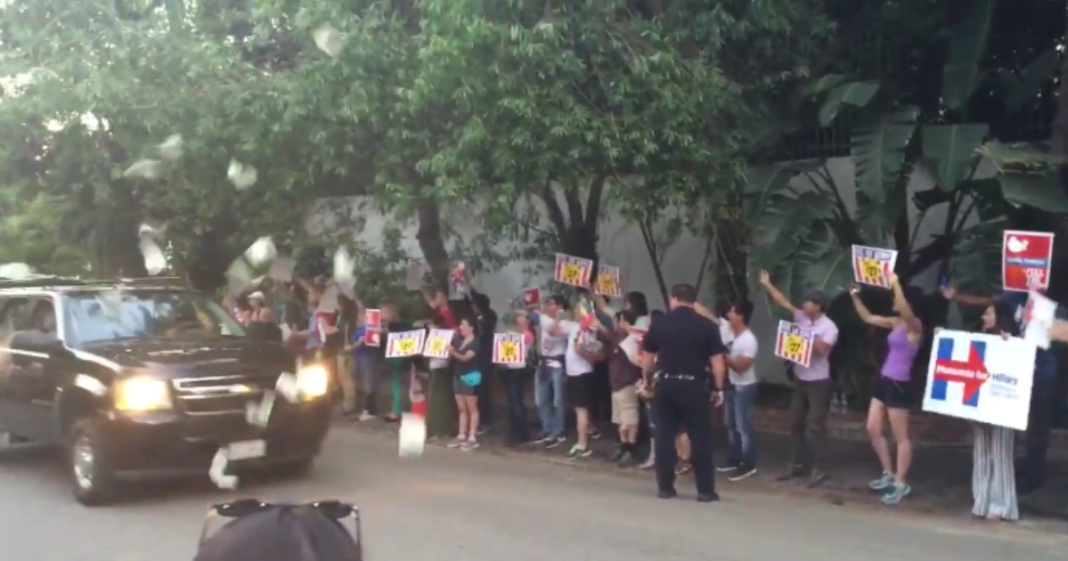 It was an interesting visual protest from a group of Sanders supporters.

On Friday evening as a rolling motorcade belonging to Hillary Clinton left the property in which actor and celebrity George Clooney held a lavish and over-priced fundraiser for Clinton’s campaign, an awaiting crowd held wads of money in their fists, waiting for the car containing the presidential candidate to drive by. As it did, they released the money and it rained down over the car and onto the ground.

The message, while a bit ham-fisted, was clear: Hillary’s association with money disturbs and displeases us.