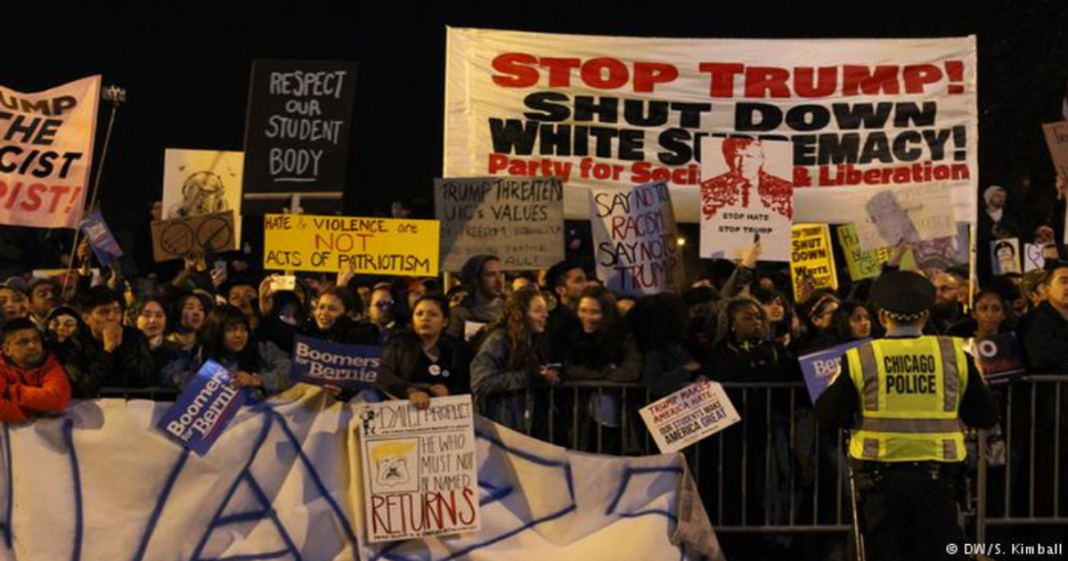 At a private Republican event earlier this week, presidential candidate Donald Trump made an appearance to speak and no doubt gather monetary favors from the reluctant establishment.

Outside, a large anti-Trump protest assembled, trying to make their dissent heard. Thousands lined the New York city streets. During this event, Trump supporters also were on the scene, interacting with protesters. Of course,this massive clash of opposing opinions was bound to end badly. One disgruntled Trump supporter threw a punch at a black protester.

Elsewhere, dozens of protesters and two reporters were also arrested during the event. Who wasn’t arrested? The man who threw the punch.