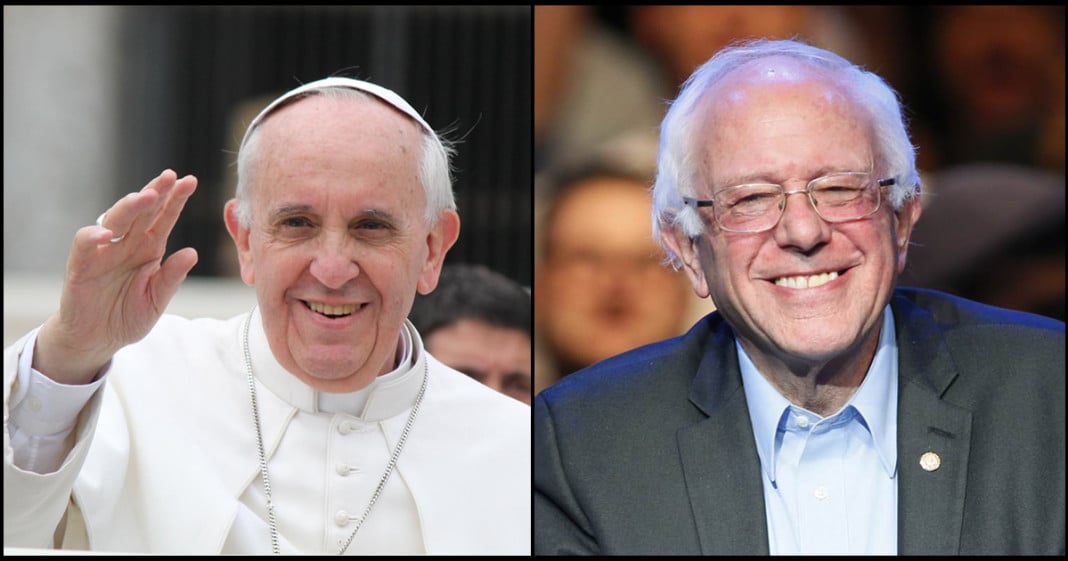 All of the hubbub and drama surrounding Bernie Sanders’ visit to the Vatican can now quickly and quietly disappear as it is now clear that Sanders was actually invited to speak, spoke beautifully with many praises toward the pope and the Catholic church, and was even granted a brief private meeting with Pope Francis.

Yes, the Democratic Socialist Jew met privately with the leader of the Catholic church early Saturday morning and they discussed the same sorts of topics that Sanders covered in his speech. This marks the first time that the Pope has met privately with an American presidential candidate.

Senator Sanders told his staffers that he was was “honored and humbled” to have been able to meet with Pope Francis.

Because the meeting was held in the Papal residency, there were no photos or media coverage allowed. The meeting was confirmed on Twitter by the Pontifical Academy of Sciences.

The Senator said that he does not consider the meeting with the Pope to be an endorsement. They reportedly did not even talk about American politics or Sanders’ candidacy. And yet being granted this exclusive meeting must certainly be a gigantic boost of confidence for Sanders and his supporters.