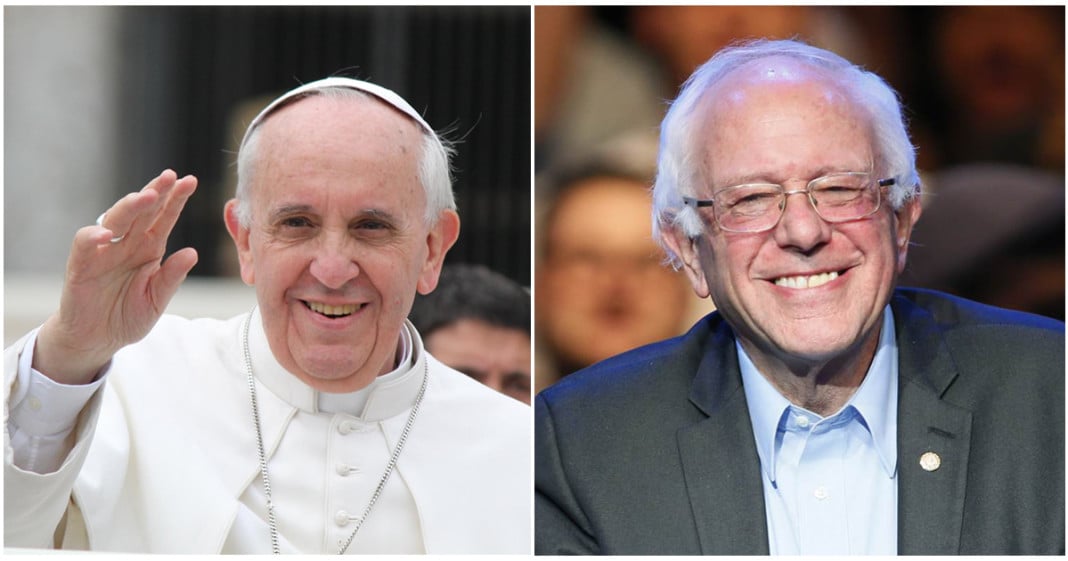 When Senator Bernie Sanders announced last week that he was extended an invitation to speak at the Vatican, the reactions were mixed. Some misinformed the public, saying that Sanders had invited himself to the Vatican and that he was lying about receiving an invitation. Others corrected that misinformation, saying that Sanders certainly was invited but that the invitation did not come from the Pope and there was no planned meeting between the U.S. Senator and the Pontiff.

Despite the confusion and drama, Senator Sanders’ invitation to speak at the Vatican is a major honor and one that the Senator accepted with enthusiasm. Pope Francis is an increasingly popular leader of the church and his progressive views on climate change and other issues have done a great deal to improve the image of the Catholic Church worldwide.

In response to the invitation, Senator Sanders said that those who felt his political views are radical should look at the views of Pope Francis. While the two men differ on key progressive issues like abortion and gay marriage, both agree that greed is a poison on society and that climate change is a pressing, real issue.

The senator just concluded his speech at the Vatican on Friday morning, specifically addressing the evils of greed and the ways to create and maintain a more moral economy and society. His speech features many positive references to the Pope.

“I see that hope and sense of possibility every day among America’s young people. Our youth are no longer satisfied with corrupt and broken politics and an economy of stark inequality and injustice. They are not satisfied with the destruction of our environment by a fossil fuel industry whose greed has put short term profits ahead of climate change and the future of our planet. They want to live in harmony with nature, not destroy it. They are calling out for a return to fairness; for an economy that defends the common good by ensuring that every person, rich or poor, has access to quality health care, nutrition and education.

As Pope Francis made powerfully clear last year in Laudato Si’, we have the technology and know-how to solve our problems – from poverty to climate change to health care to protection of biodiversity. We also have the vast wealth to do so, especially if the rich pay their way in fair taxes rather than hiding their funds in the world’s tax and secrecy havens- as the Panama Papers have shown.”

You can read the full transcript of his speech here.