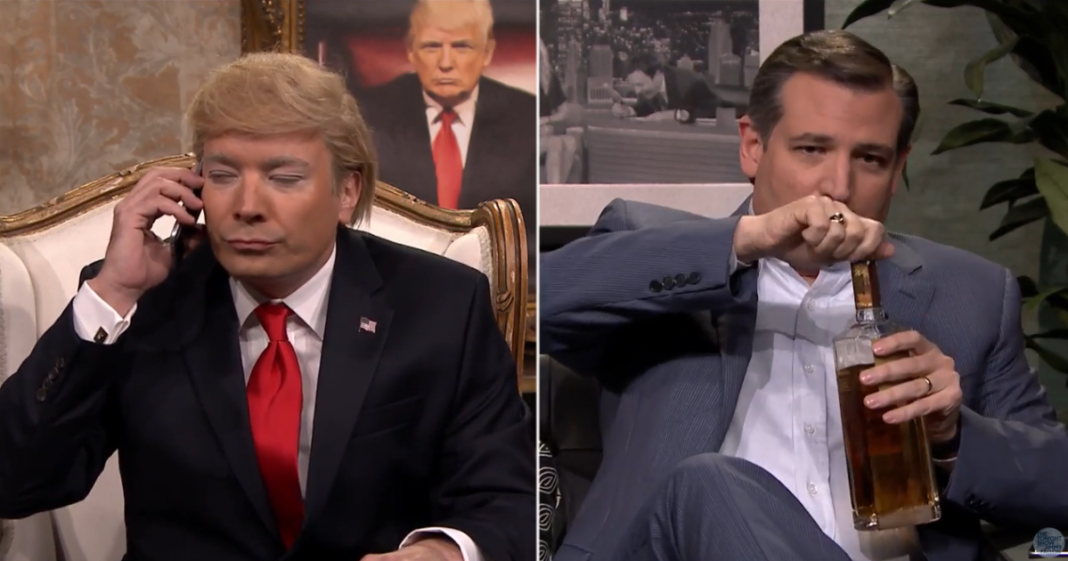 It seems like the deeper we get into this primary race, the more easily Jimmy Fallon is able to completely immerse himself in the character of Donald Trump. The cheeto-flavored cotton-candy hair, the bizarre tan lines around his eyes, and of course that hard-to-imitate nasally voice.

During Thursday’s “Tonight Show,” presidential candidate and Trump opponent Ted Cruz made an appearance, taking a call from Fallon’s Trump who chatted with him about a whole host of things from the Democratic debate to New York values.

Apparently Trump’s droning and self-important rants drove Cruz to drink as he comically poured himself a drink from a glass bottle full of a brown liquid.

Watch now, because after November we will hopefully never see this hilarious impression again.