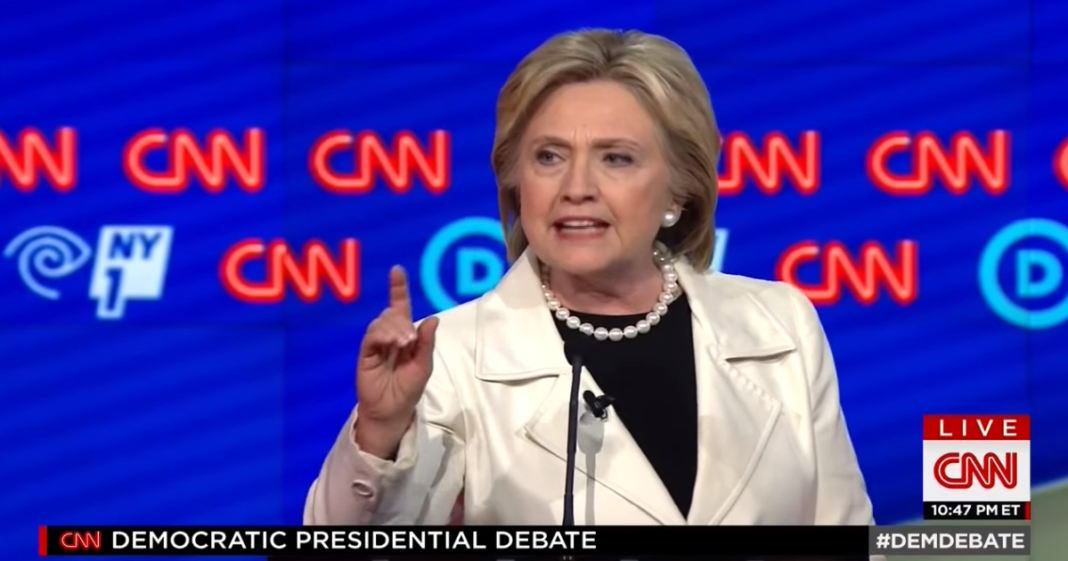 Thursday’s Democratic debate took on a startling new tone in the wake of increased tensions between the candidates. The back-and-forth was intense and for much of the debate it was anyone’s game.

In the final quarter, Clinton made a much overdue comment criticizing the networks and their failure to ask a single question during the nine debates that Democrats have attended this season about abortion or women’s right to choose. Clinton launched into a full-throated condemnation of the silence on such a vital topic to the raucous cheers of the audience.

“We’ve not had one question about a woman’s right to make her own decisions about reproductive health care, not one question. And in the meantime we have states, governors doing everything they can to restrict women’s rights. We have a presidential candidate by the name of Donald Trump saying that women should be punished and we are never asked about this.”

It was a strong moment for the candidate, but then she ruined it by dragging her shining banner of “woman’s choice” in the political mud when she accused Sanders of dismissing the issue as well. The moment that Clinton insinuated that Sanders wasn’t interested or invested in women’s reproductive choices was when the audience ceased their clapping and stunted their enthusiasm.

The comment Clinton referred to in this clip was one that Sanders made earlier this month during an interview with Rachel Maddow which was taken out of context. Sanders, who has a consistently pro-choice political record said that the gigantic media storm over Trump’s comments about abortion is just par for the course in a media environment that gobbles up whatever comment Trump makes, whether it is significant or not.