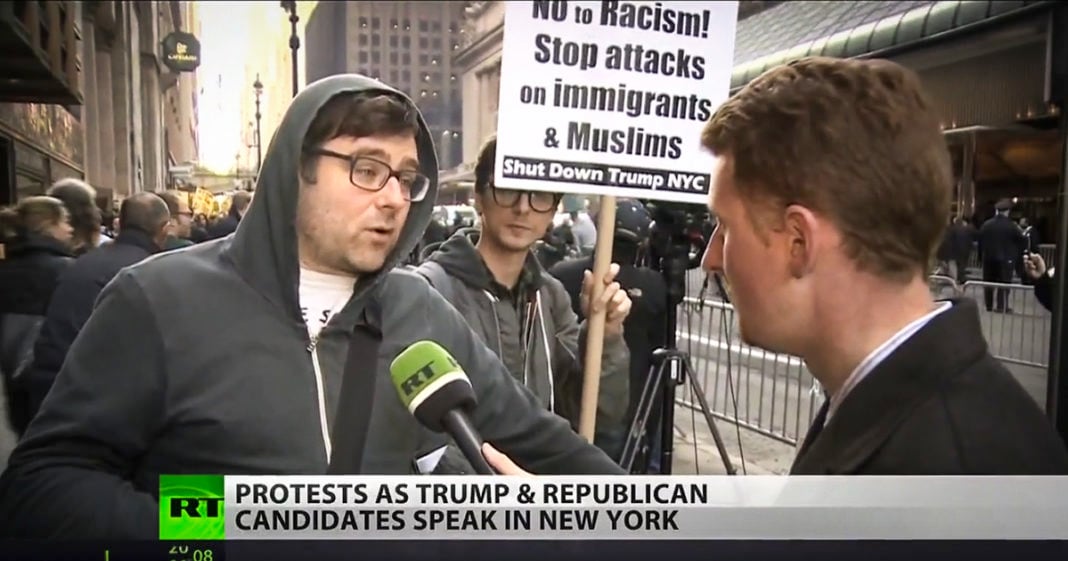 Donald Trump and other GOP candidates are speaking at the Grand Hyatt Hotel in New York City, with throngs of protesters outside. RT’s Caleb Maupin reports from the scene that thousands are in attendance, as it becomes divided with some remaining in the sanctioned protest area and others attempting to confront Trump supporters and get into the hotel.