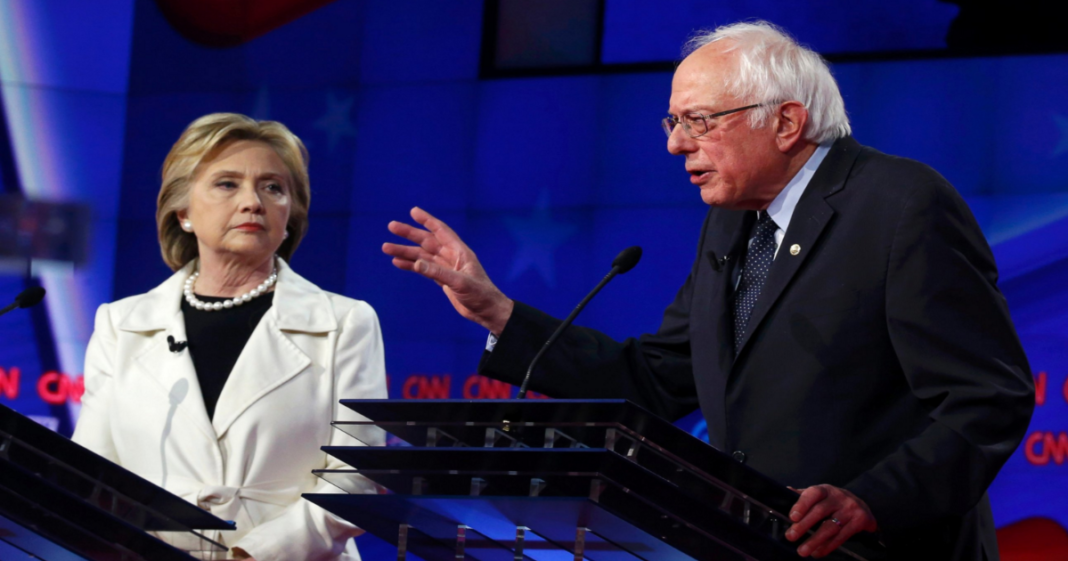 During Thursday’s Democratic Debate, we all witnessed a massive shift in tone as both candidates fought viciously for a nomination that appears to be much closer than we all predicted.

“I grew up in Brooklyn, New York the son of an immigrant who came to this country from Poland at the age of 17 without a nickel in his pocket, never made a whole lot of money, but was a very proud American, because this country gave him and my mom the opportunity to send their kids to college.

I believe that this country has enormous potential if we have the guts to take on the big money interests who dominate our economic and political life. And I disagree with Secretary Clinton in the belief that you can get money from Wall Street, that you can get money for a super PAC from powerful special interests, and then at the end of the day do what has to be done for the working families of this country. I just don’t accept that.

What I believe is that this country, if we stand together and not let the Trumps of the world divide us up, can guarantee health care to all people as a right, can have paid family and medical leave, can make public colleges and universities tuition-free, can lead the world in transforming our energy system and combatting climate change, can break up the large financial institutions, can demand that the wealthiest people in this country start paying their fair share of taxes.

And we can do that when millions of people stand up, fight back, and create a government that works for all of us, not just the 1 percent.