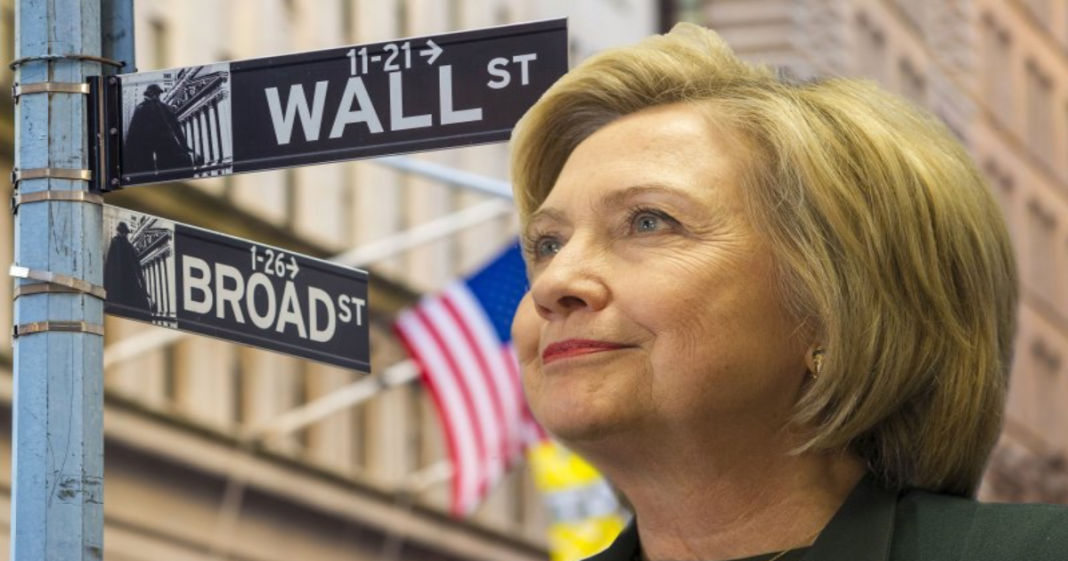 In an op-ed for Guardian, Trevor Timm points out a rather obvious-seeming flaw in the logic of Democratic voters who support Hillary Clinton. They are quick to condemn the use of corrupt wall street and big bank money from Republicans but when it comes to their own candidate, they find ways to dismiss and excuse the massive sums of money Clinton has accepted through the years.

“She wasn’t a candidate when she accepted that money”

“That’s just what Goldman Sachs and Verizon offered her!”

Except the suggestion that “everyone does it” is no longer remotely true. I think we all know what candidate I am referring to when I say that there are political options out there currently for those who believe that corruption in campaign financing is one of the most pressing issues in this election. I think we all know of a candidate who hasn’t taken a penny from SuperPAC’s or special interests. I think everyone knows a guy whose record-breaking campaign donations all come from individual contributions at the average of 27 dollars.

And yet, those same people who railed against Citizens United and joined Clinton in her accusal of then-Senator Barack Obama for his cozy relationship with oil money are the same who dismiss the campaign principals of Bernie Sanders and his supporters.

Timm points out that Clinton is trying to have this campaign finance issue both ways. She wants to criticize it when politically convenient but wants to continue taking advantage of it for her own campaign.

“So which is it? Are politicians corrupt (or susceptible to corruption) if they are giving highly paid speeches behind closed doors to financial institutions, or not? It doesn’t work both ways.”

Unfortunately, as is most often true for Hillary Clinton, she just doesn’t follow the same rules as everyone else. For her, it could very well work both ways because her blind supporters refuse to see.