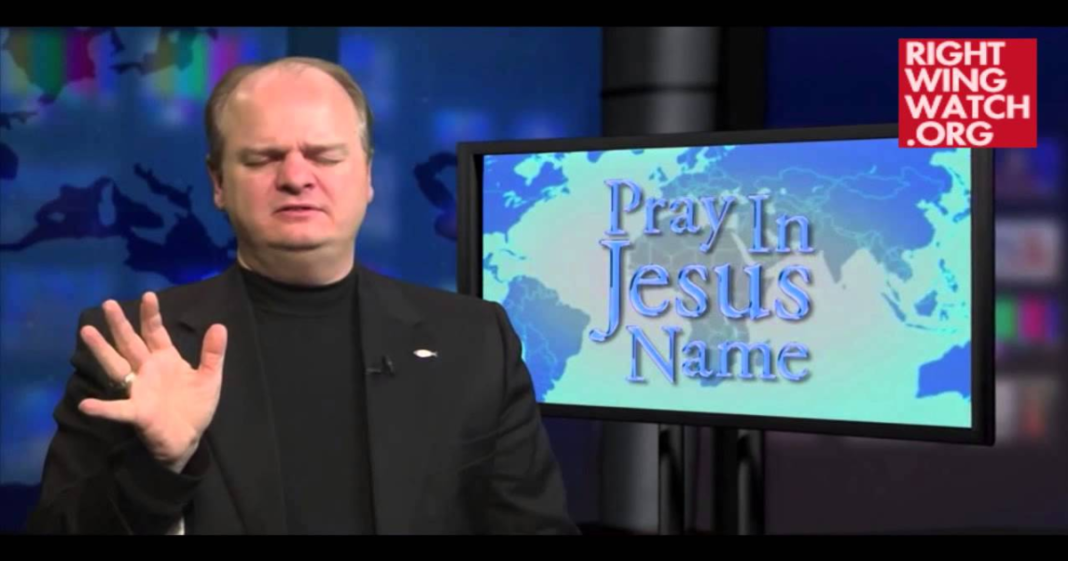 Presidential candidate Ted Cruz expressed gratitude to conservatives in Colorado this past week in the wake of his primary win.

“I am honored to have the support of so many courageous conservatives in Colorado,” Cruz said in a press release celebrating the formation of his Colorado Leadership Team where he endorsed 25 current and former elected officials and key grassroots leaders.

But one of those 25 elected officials includes insane state legislator Gordon Klingenschmitt, now a member of Cruz’s leadership team. Klingenschmitt likes to perform exorcisms and adheres to the usual insane religious cultishness of fringe evangelicals.

Klingenschmitt, who talks as if he is suffering from a significant mental illness, is the kind of guy who takes one bizarre event and turns it into a prophesy of some sort of biblical prediction. Of course, these guys never predict these things, they only cut the puzzle pieces so that they will all fit together.

According to this dingbat, God is mad that America allows abortion, so he . . . kills unborn children? Sounds a bit hypocritical to me.