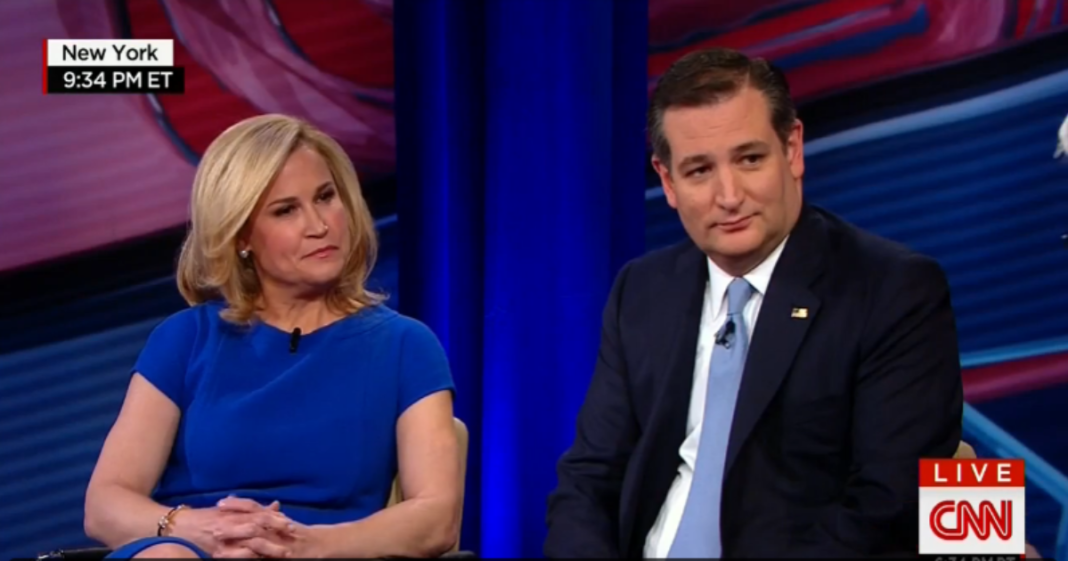 Yep. According to the candidate’s intelligent wife, the moment the happy couple returned from their honeymoon so many years ago, Ted went straight out to the grocery store and returned with 100 cans of Campbell’s Chunky soup. Cruz said that he didn’t think Heidi was the cooking type and was just trying to feed himself and his new bride, but Heidi wasn’t okay with a canned soup takeover and promptly returned every. single. can.

“When I married Ted, we got back from our honeymoon, and he went off to the store and came home by himself. And I was completely shocked to see that he arrived back at our apartment with literally 100 cans of Campbell’s Chunky soup. I never bought 100 of anything.

This was shocking to me, so we had a tough conversation about it. I said, “You don’t buy 100 of anything, much less canned soup. We can’t do this. I’ll be making things.” He said, “No, I know you. you won’t be making things.”

So the next morning, it was a weekend morning, I loaded up our car before he woke up and returned every single can. And when I got home, I called my mother just to make sure I’d done the right thing as a newlywed. And she emphatically disagreed with me. And so when Ted opened the pantry, I had to quickly tell him that I would go back and buy those cans again.”

We may never know what bizarre rationale caused Cruz to buy soup in bulk or whether or not Heidi truly did go back and buy the 100 cans of soup she had just returned.

But really, is anyone surprised that of any candidate, it would be Cruz who would have done such a strange thing?