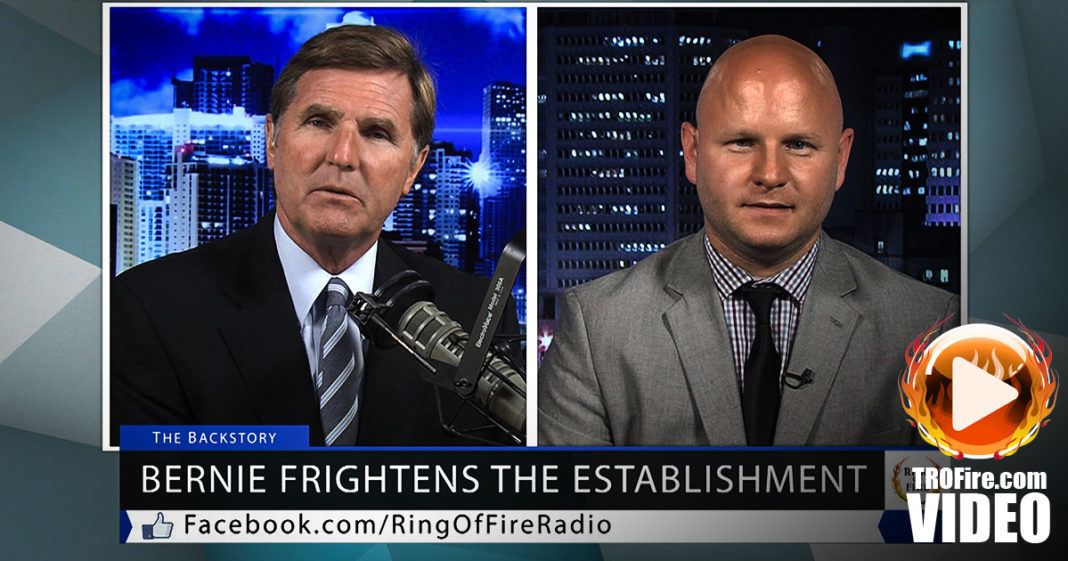 It’s been a year since Senator Bernie Sanders announced his plan to seek the 2016 democratic presidential nomination. That means that for 12 months, Bernie’s popular ideals have been scaring the living hell out of the democratic establishment. Ring of Fire’s Mike Papantonio and Farron Cousins discuss this.