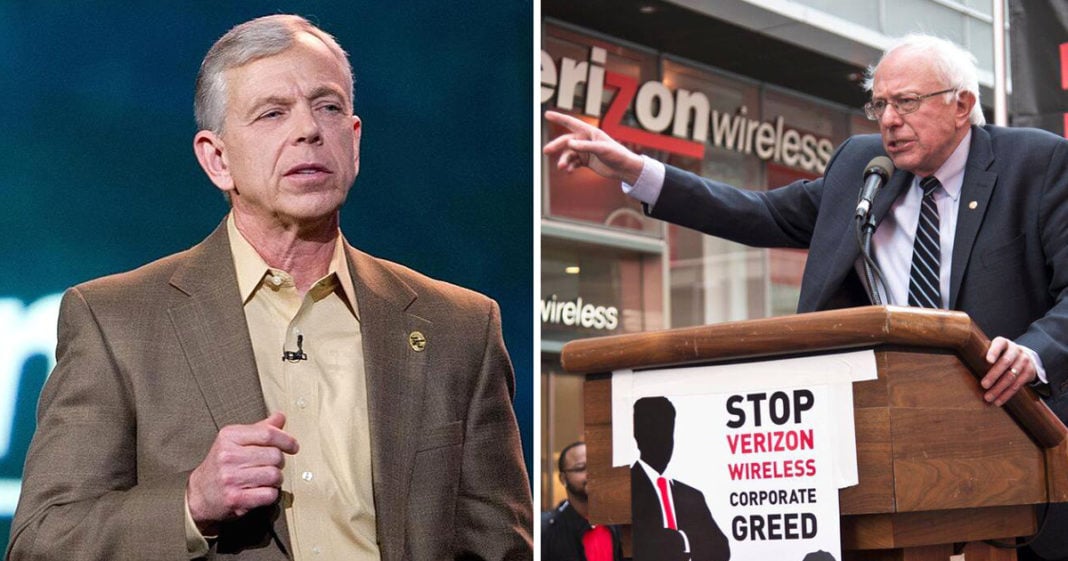 The back-and-forth between Verizon CEO Lowell McAdam and presidential candidate Bernie Sanders has continued to rage on as Sanders responded to comments made by the CEO on Wednesday afternoon.

On Wednesday morning, the Senator joined the picket lines of a massive, East Coast-wide strike of Verizon employees. Senator Sanders addressed the large crowd outside of a Brooklyn Verizon store, encouraging them to keep fighting for both their rights and the rights of millions of Americans who don’t have unions to represent them.

Then, Verizon CEO McAdam penned a scathing article criticizing Sanders, saying his views were “contemptable” and saying that he is misinformed and is misleading the American people. McAdam defended his company’s tax contributions as well as its treatment of its workers. McAdam ended his piece by saying that America deserves better in its elected officials.

Finally, Bernie responded to the letter from McAdam in a string of tweets Wednesday afternoon.

I don’t want the support of McAdam, Immelt and their friends in the billionaire class. I welcome their contempt. https://t.co/OIiykGeHQT

What I care about is that they stop destroying the jobs of their employees and start investing in cities like Buffalo and Baltimore.

Thank you to those on strike today. You’re standing up for justice not just for Verizon workers but for millions who don’t have a union.

Bernie’s response proves that he won’t be cowed by powerful men with powerful words. Sanders is standing up for workers everywhere.