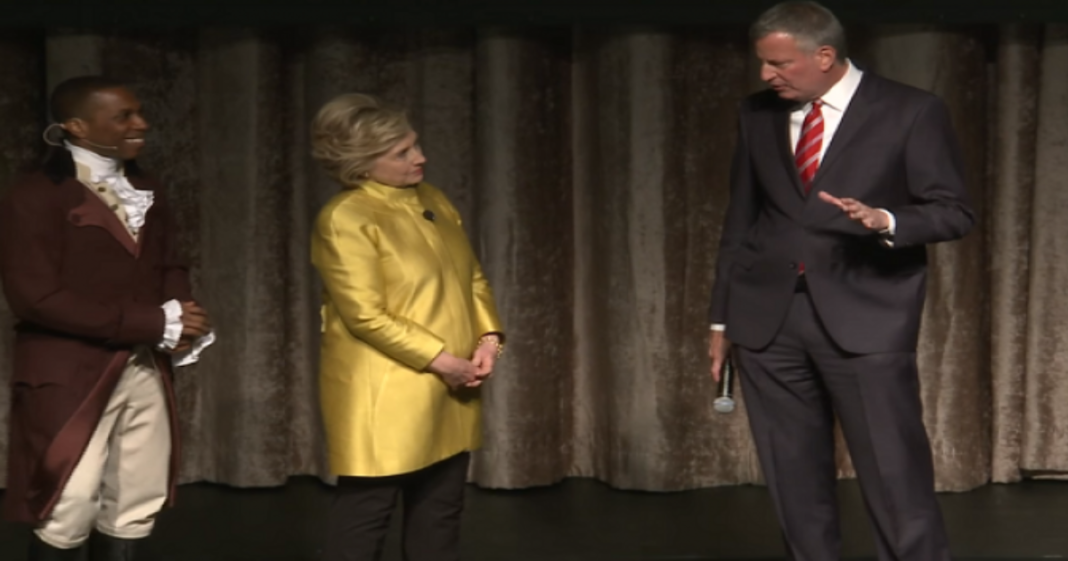 After Hillary Clinton and New York mayor Bill de Blasio made a racially charged joke during a skit in New York City, the internet has been buzz with condemnation and commentary on the poor-taste gag.

Clinton responded to criticism on Tuesday, saying that the joke really belonged to de Blasio and she was just playing along.

Then on Wednesday morning, MSNBC host Chris Hayes asked de Blasio about the joke, questioning why the two politicians didn’t just apologize and admit that it was in poor taste. De Blasio said that not only was the joke not in poor taste, but that he would do it again! But in the end, he too, passed the buck, saying that “someone else wrote it” but that he approved the sketch.

It would have been so easy to send out a quick “oops” apology which would likely be all that was needed for this ill-fated joke to blow over, but clearly these privileged politicians saw nothing wrong with playing with racial stereotypes for a bit of fun.

Mayor @BilldeBlasio responds to controversy over his joke about “CP time” #inners https://t.co/HWLMNZlYWT