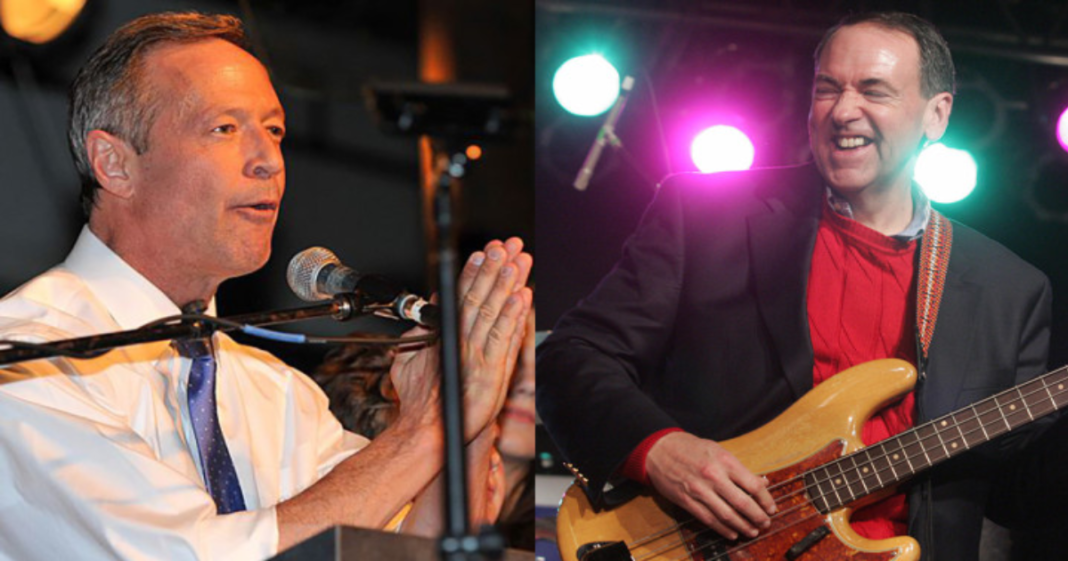 During an interview on Wednesday morning, failed presidential candidates on both sides of the aisle joked that they would consider teaming up for a musical duo that would transcend politics and party affiliations.

Both Democrat Martin O’Malley and Republican Mike Huckabee have a few things in common: they are both former governors and are both super into sweet, sweet jams. Huckabee is a lifelong musician, having picked up the guitar at the tender age of 11. Huckabee has played with Alabama, REO Speedwagon, and others.

As for O’Malley, he sings and plays guitar in his very own band.

Both men joked during the interview that they might pair up and go on tour, especially since, as Huckabee noted, they were looking for something to do after their presidential campaigns came to a close.

If indeed the two unlikely men do team up, the most important element must certainly be the name they choose. What sort of name could possibly encompass the men’s polar opposite political opinions while still staying true to the spirit of the music?

Huck-A-Malley’s world tour may be coming to a city near you.