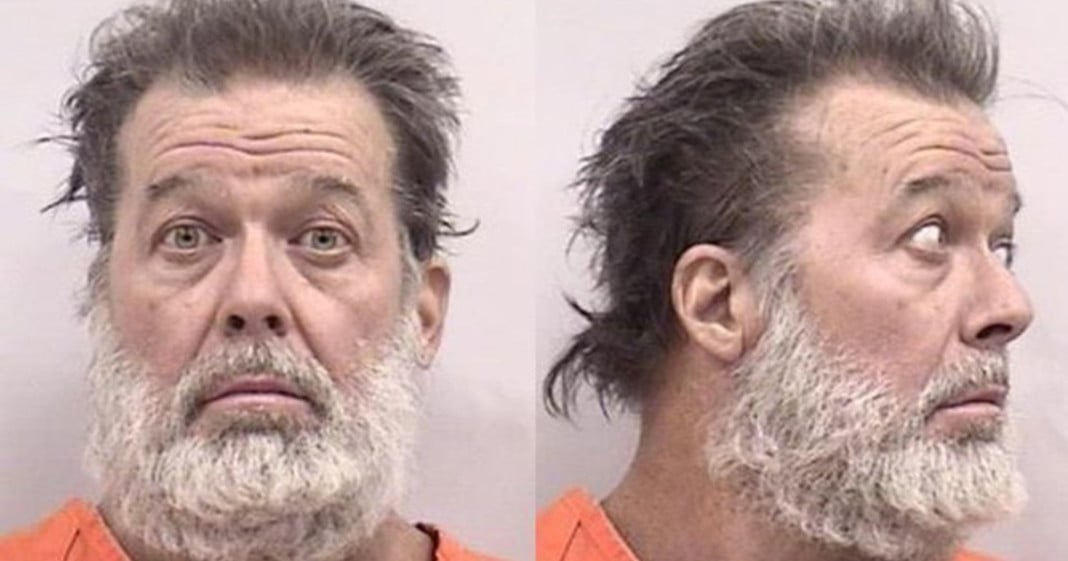 Just in case there were still one or two people out there who didn’t believe that Planned Parenthood shooter Robert Dear was politically motivated by his insane belief that murdering women would somehow stop abortion, it has now been made abundantly clear by the nutso himself exactly what he was planning.

New reports that have been released by the courts reveal the details of Dear’s one man mission to save the babies. Dear reportedly fashioned a homemade vest made of silver coins in duct tape and had planned to create massive explosions by shooting propane tanks (he failed).

Dear revealed a strong admiration for Paul Hill of Pensacola, Florida, who murdered an abortion clinic doctor and his bodyguard in 1994.

Dear told police that he felt he was a “warrior for the babies,” and has told the courts in hearings that he has had multiple dreams where aborted fetuses thank him for his actions. Dear also said that when he gets to heaven, he expects to be met at the pearly gates by a host of aborted fetuses who would be forever grateful for the abortions he believes he prevented.

Remember all of that talk when this shooting occurred from right-wing politicians and news sources that Dear was a “transgender leftist activist?” Yeah, we now know for sure that was utter garbage. Republican fear-mongering and failing mental health systems in America did this. Dear’s insane belief that he was justified in murdering to try to prevent what he considered to be murder did this.