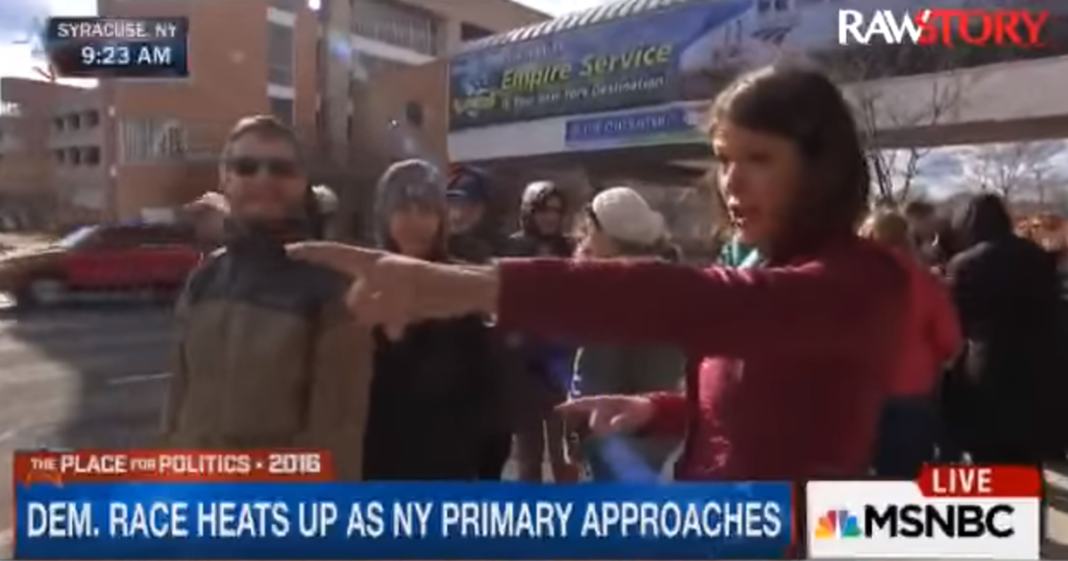 During a blustery Syracuse, New York morning, thousands waited in line to attend a Bernie Sanders presidential campaign rally. An MSNBC reporter took to the streets to chat with the waiting supporters, asking them if they were registered Democrats, or, as she suspected, unregistered and undemocratic.

“Here’s my question for you guys,” said the reporter to the waiting crowd. “And this is going to be Bernie Sanders’ main problem here in New York — are y’all registered Democrats?”

Now if this weren’t live television, this clip no doubt would have been cut and never seen the light of day as person after person in the line said “yes we are Democrats” much to the reporter’s dismay.

Now it is likely that what Hunt was referring to is the idea that a large amount of Sanders’ support comes from independent voters and that New York state’s strict voter registration laws may hinder some Sanders supporters from casting their ballots.

What the clip also implicates, though, is that Sanders supporters are uninformed and unprepared which is just simply not true.