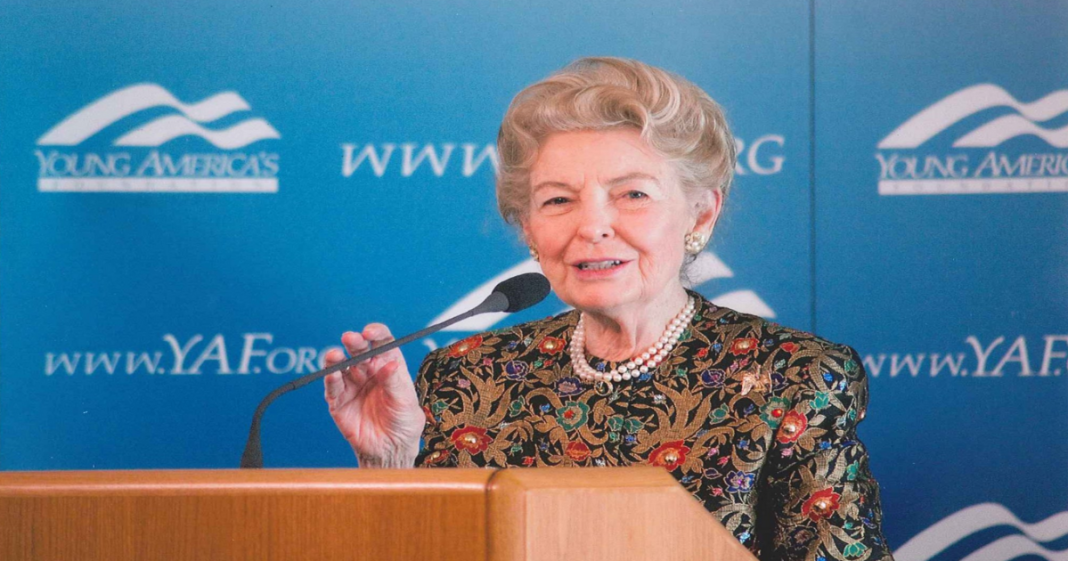 Apparently calling for the violent deportation of millions and advocating against feminist equality is A-okay with the conservative group that Phyllis Schlafly founded 44 years ago, but her fervent Donald Trump support is just too far for even the most conservative among them.

Phyllis Schlafly has a long and illustrious history of hating feminists, other races, homosexuals, and anyone who stands in direct contrast to “traditional values.” Last month, Schlafly came out in strong support of Donald Trump, in particular, supporting his promise to deport all undocumented immigrants, “operation wetback”-style.

The Eagle Forum, a board which Schlafly has been the chairman and CEO of since 1972, denies any talk of ousting her, but Schlafly maintains that they want her out.

“It’s disloyal and it’s terribly shocking, and I’m completely depressed about it.”

Some board members say that Schlafly would never be removed as she is “a legend,” while others fear that the 91-year-old woman is being manipulated into supporting Trump and is giving the group a bad name.