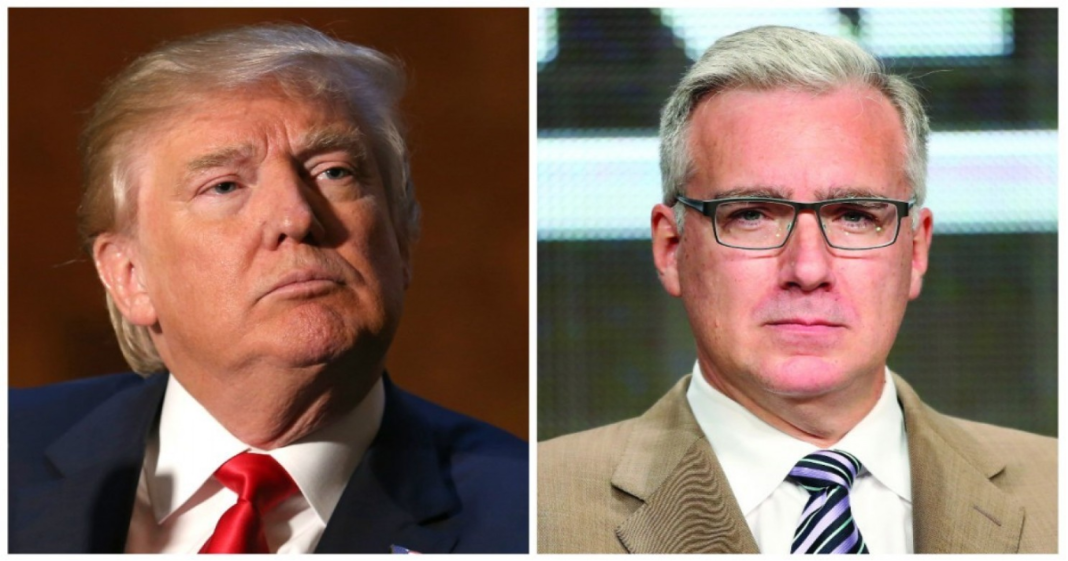 Back in March, retired political spitfire Keith Olbermann returned to the public eye to declare that he would be quickly moving out of and selling his fancy apartment which is located in a Donald Trump owned and developed building in New York City.

Olbermann said that he knew he had to move when he “ran out of spit” to lob each time he passed by the golden “Trump” marquee. Olberman also said that the Trumpsgression which put him over the edge was when the candidate bragged about his supporters’ loyalty, saying that he could shoot a man on Fifth Avenue and not lose a single vote.

Olbermann moved out of his Trump apartment back in March, but the apartment is just now being put on the market. The 1,750 foot condo is located in the upper part of Trump’s 55-story tower. Olbermann has said that he is having to sell the apartment for much less than he purchased it for, a sign that Trump properties aren’t such a dependable investment any more.

In response to this comment from Olbermann, the always-offended Trump was up in arms, declaring that the prices for Trump properties are as high as they have ever been.

“[Olbermann] is just trying to use ‘Trump’ to get publicity and stay relevant. The prices of Trump apartments are today, the highest they’ve been. When people find out he is leaving Trump Palace, prices will probably go up.”

“If they had changed the name of it to something more positive like Ebola Palace I would have happily stayed,” said Olbermann.

Olbermann reports that since leaving Trump Palace, he has felt a great moral weigh lifted off of his shoulders.