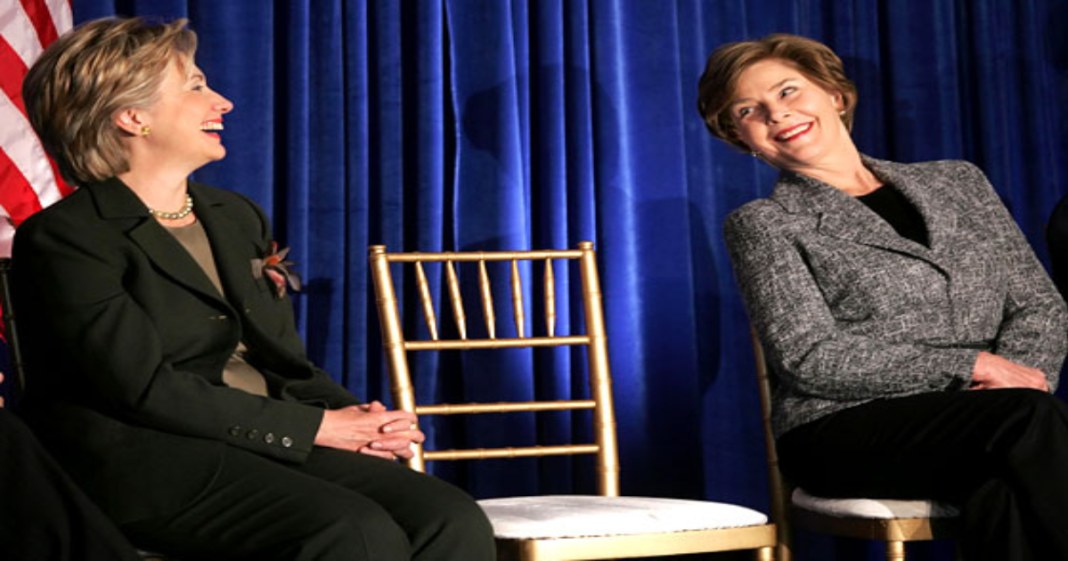 Former first lady Laura Bush made some interesting comments over the weekend during an annual Women in the World summit in New York. Reported by The Telegraph, Mrs. Bush said that the candidate she supports would need to have an interest in Afghani women.

Considering the fact that both Republican frontrunners want nothing to do with the people of Afghanistan, it is clear that Mrs. Bush was not referring to them. This was again proven to be true when she said that a president should be one to seeks to unite, not one who fans the flames of anger that we have seen so commonly in this race.

“I want our next president — whoever he or she might be — to be somebody who is interested in women in Afghanistan and who will continue U.S. policies … that we continue to do what we’re committed to do as a country.”

“That’s who I want — or the kind of people that will do that and will pay attention to our history, and know what’s happened before and know specifically how we can continue to do the good things that we do around the world.”

The former first lady did not offer up an official endorsement of any candidate, but many are reading the writing between the lines.

Such a notable Republican endorsing Hillary Clinton could have some serious implications for the race, though whether it would bode well or not for Hillary is completely unknown. Some could look at an endorsement from Laura Bush as a sign that Clinton could unite the two parties together, while others could see it as a sign that Clinton is so establishment that there isn’t much difference between the “ruling classes” of either party.

Either way, it would be an unprecedented and completely unexpected move from one former first lady to another.