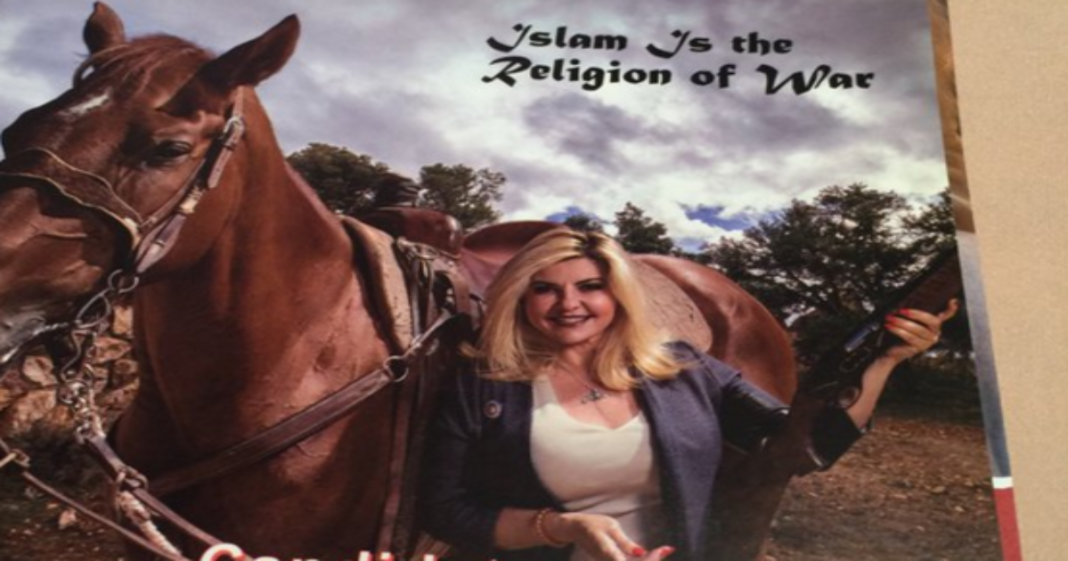 Former Nevada Congresswoman Michele Fiore has made quite a name for herself as a buxom, gun-hoisting, wing nut. Fiore is the one who made headlines last Christmas with her insane family photo which showed her whole family – from Grandma to tyke – holding on to their loved ones and their loved guns.

Fiore’s obsession with guns is bizarre and even a little creepy. A quick trip to her Twitter shows you photo after photo of Fiore posing with guns of every shape and size. There’s even a photo of Fiore and Ted Cruz posing together, holding finger guns in a presumably gun-free zone.

Fiore was also the woman who helped to negotiate the surrender between the Oregon militia and the FBI, helping to lead to a mostly peaceful surrender.

Now, Fiore has published her own magazine called “Truth in Politics,” the cover of which shows Fiore posing by a horse and of course, a nice big gun. Despite the fact that the cover had to have been designed by a 16 year old with Windows paint, the magazine no doubt offers up some certifiably insane but hilarious material. 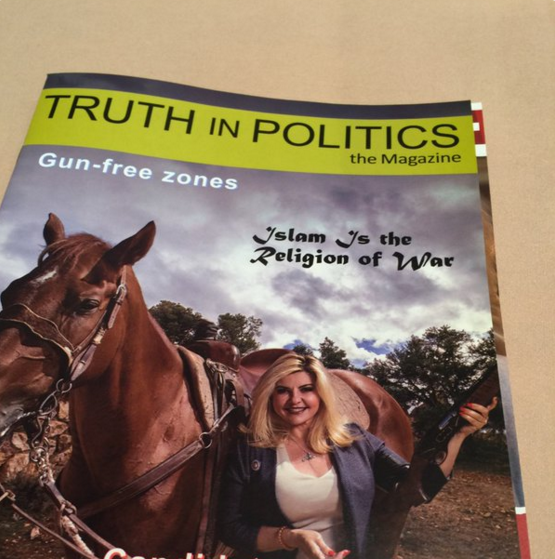