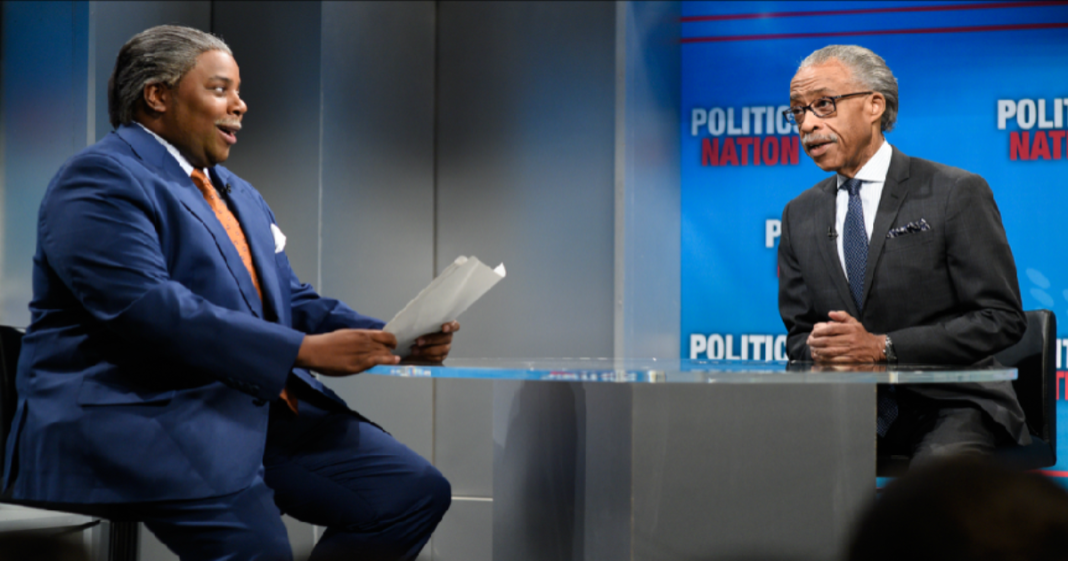 MSNBC host Reverend Al Sharpton made an appearance on Saturday Night Live this week alongside Kenan Thompson as Al Sharpton to discuss the black approval ratings for current candidates.

There was a bit of fun back and forth as Thompson’s Sharpton mispronounced words from the teleprompter frequently, a common compliant from those who watch Sharpton’s show.