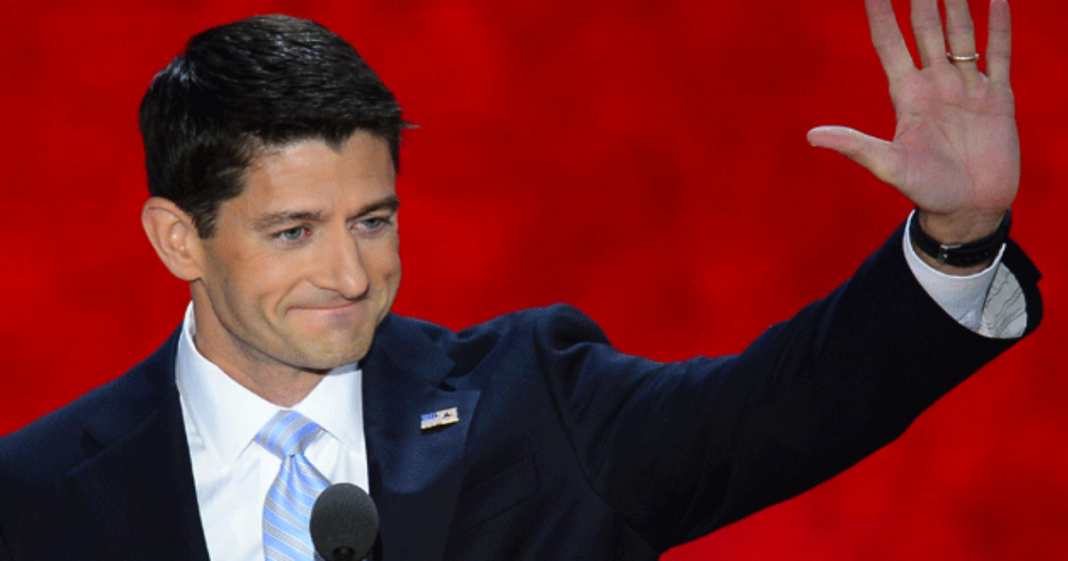 Republican Speaker of the House Paul Ryan has sworn up and down that he will not end up as the Republican nominee in the event of a bizarre GOP convention switch-up. Ryan says he does not want the presidency and that the race most likely wouldn’t come to something that extreme.

Despite this fact, Ryan has just released a pretty presidential looking advertisement that uses common campaign buzzwords like “unity” and “common humanity.” For a guy definitely not running for the presidency, this ad looks an awful lot like it should say “Paul 2016” at the end. Instead, it displays a website for the speaker’s unity plan.

Look, I’m not saying that Paul Ryan is definitely gunning for the White House but he certainly isn’t entirely focused on his current job. Looks like those Koch brothers have already begun to invest.