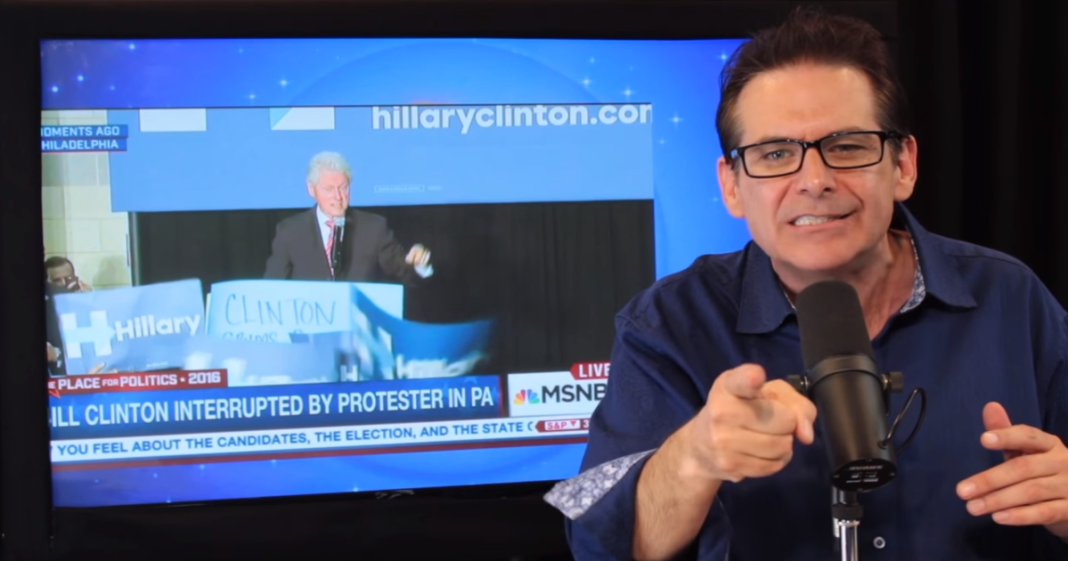 During an episode of “The Jimmy Dore Show” on YouTube, Dore looked at a recent clash between former president Bill Clinton and a group of Black Lives Matter activists.

Bill made the absolute wrong decision in the way that he handled these activists by fully defending his crime bill for which he already apologized in 2015. Clinton took the legitimate concerns of the activists and reduced every life they were fighting for to murderers and thugs, once again proving the entire point of the movement.

Dore made an interesting observation when he noticed that Bill’s finger got awfully waggy when he launched into his “I know better” schtick, much like Hillary’s did when she lectured a Greenpeace reporter on how she was “tired of the Sanders campaign lying” about her.

It might be a good idea for the Clintons to adopt the Disney World rule: never point with just one finger – it’s rude!