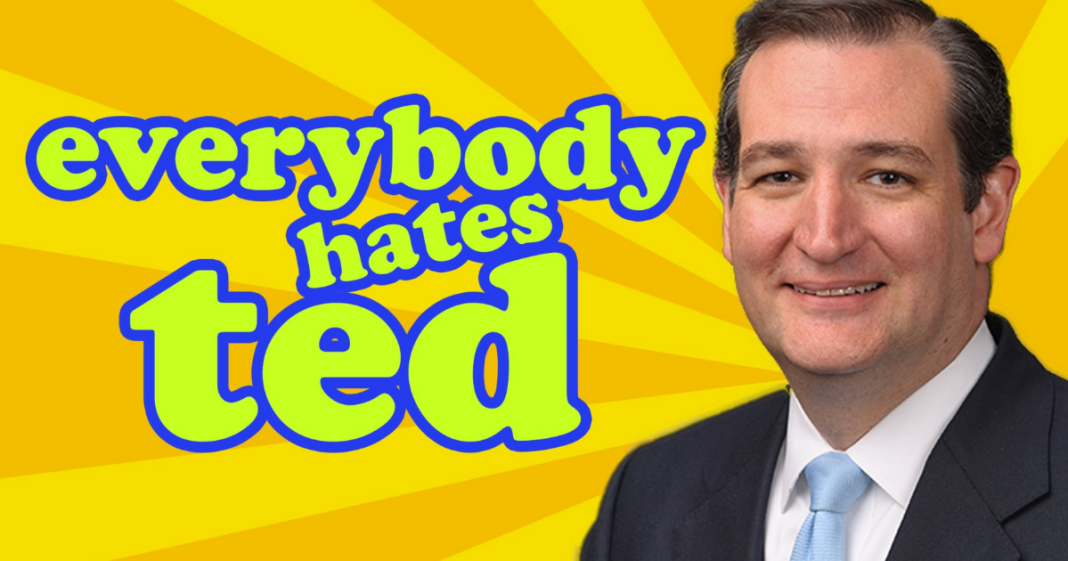 In this video compilation created by Politico, late night host after late night host weigh in on Ted Cruz’s anti-New York remarks, tearing him to shreds for what he no doubt thought was a fair game comment on “New York values.”

Silly Cruz, didn’t you know that New Yorkers are the most uniquely defensive people of all? New Yorkers don’t just love their state, they are shameless demagogues to the gospel of NYC.

Cruz may have been given a kind and gentle win in drunken, cheese-infested Wisconsin, but just a couple days into the NY race, the candidate has already learned just how hostile New Yorkers can be. While Trump greets record crowds and shoots off pointless platitude after gutter-pandering soundbite to Long-Islanders, Cruz will be lucky if he escapes the state with his campaign intact.

Welcome to the big apple, you big dolt.