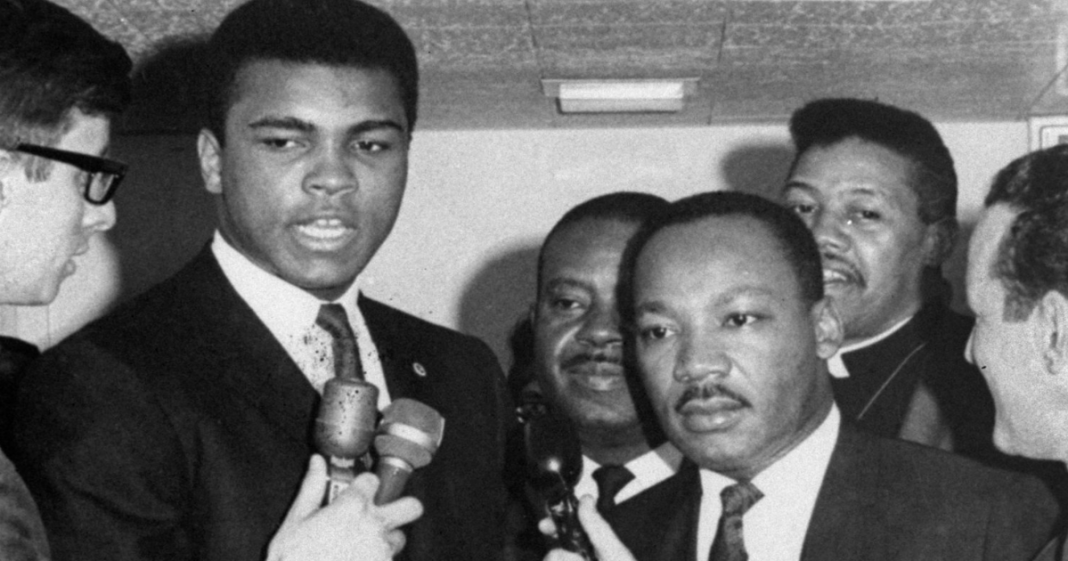 From the archives of time comes this amazing clip of professional boxer Muhammad Ali who explained his reasons for refusing to be drafted into army services to fight in Vietnam in 1967.

For his refusal, Ali was stripped of his boxing title and his boxing license was suspended by New York. Ali was barred from boxing in all 50 states and was convicted of evading the draft in June of 1967. Ali was sentenced to five years in prison with a $10,000 fine, but he appealed the decision and it was not until 1971 that the sentence was overturned. Ali was unable to fight from 1967 to 1970 when his boxing license was reinstated.

Ali, who was infamous for his expert-level trash talk, spoke powerfully when he explained why he refused to fight a war in Vietnam on the behalf of America.

“”I ain’t got no quarrel with them Viet Cong—No Vietcong ever called me nigger,” he famously stated.

“No, I am not going 10,000 miles to help murder, kill, and burn other people to simply help continue the domination of white slavemasters over dark people the world over. This is the day and age when such evil injustice must come to an end.

Why should they ask me to put on a uniform and go ten thousand miles from home and drop bombs and bullets on brown people in Vietnam while so-called Negro people in Louisville are treated like dogs and denied simple human rights? ”

Ali told a group of white students that it was them he would fight if anyone, because it was white America that oppressed and discriminated against him.

Ali’s refusal, condemned at the time, became more respected as public opinion turned against the war. Many other black American men found courage in Ali’s word to object to the war themselves. Martin Luther King Jr., too, was inspired to begin speaking about Vietnam in his speeches.

Today, we look at Ali’s comments with great respect for his foresight. Ali was without a doubt in the right when he refused to fight for a nation that did not value his race or religion. While some things have changed, much of what Ali railed against remains true for many groups in America.