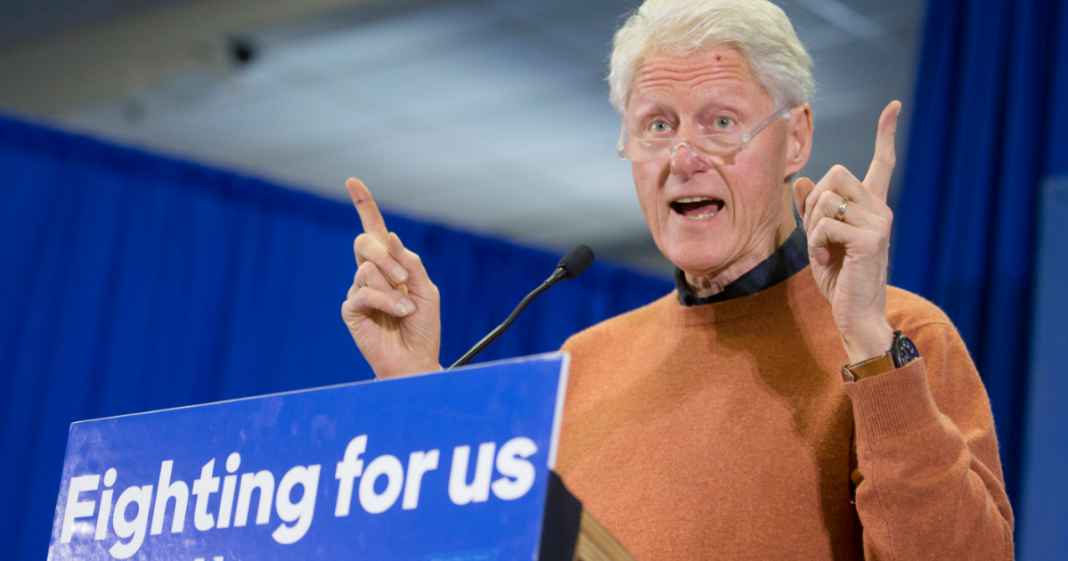 Increasingly, it is becoming clear that the only Clinton who can stand in the spotlight in 2016 without saying something overwhelmingly idiotic is former Secretary of State, Hillary Clinton.

When daughter Chelsea Clinton joined the campaign to stump for her mother, she quickly placed her high-heeled foot into her own mouth when she accused Bernie Sanders of wanting to gut Medicare. Her exit from the campaign was silent and swift.

Then came Bill. The man who was once a silver southern fox able to bewitch all into feeling warm and cozy about his authority has now been turned into a tongue-gnawing, bumbling man who is doing far more harm than good to Hillary’s campaign. During his appearances at Hillary’s side throughout the latter months of the campaign, Bill has drawn attention for all the wrong reasons, seeming listless and out-of-it, chewing on his tongue and appearing unable to focus.

Then, on Thursday, Bill went on the attack, suddenly going after Black Lives Matter protesters by telling them that his crime bill was great for black Americans despite all evidence to the contrary. In what was pretty much the long way around saying “All Lives Matter” (a popular ignorant slogan from the far-right which pretends to be inclusive but is really blatant erasure), Bill told the audience that they were defending the wrong sort of lives.

“I don’t know how you would characterize the gang leaders who got 13-year-olds hopped up on crack and sent them out into the street to murder other African American children,” he shouted at the protesters. “Maybe you thought they were good citizens. She didn’t. She didn’t! You are defending the people who kill the lives you say matter.”

In another bizarre moment, the former president referenced Africa as a place where “black lives matter.”

On Friday, Bill responded to criticism of his behavior and offered up a simpering almost-apology.

“I did something yesterday in Philadelphia that I almost want to apologize for.”

But as we all know, almost only counts in horseshoes and hand grenades. Bill should have quit while he was ahead. May we all remember him for how he was, not who he has turned into.