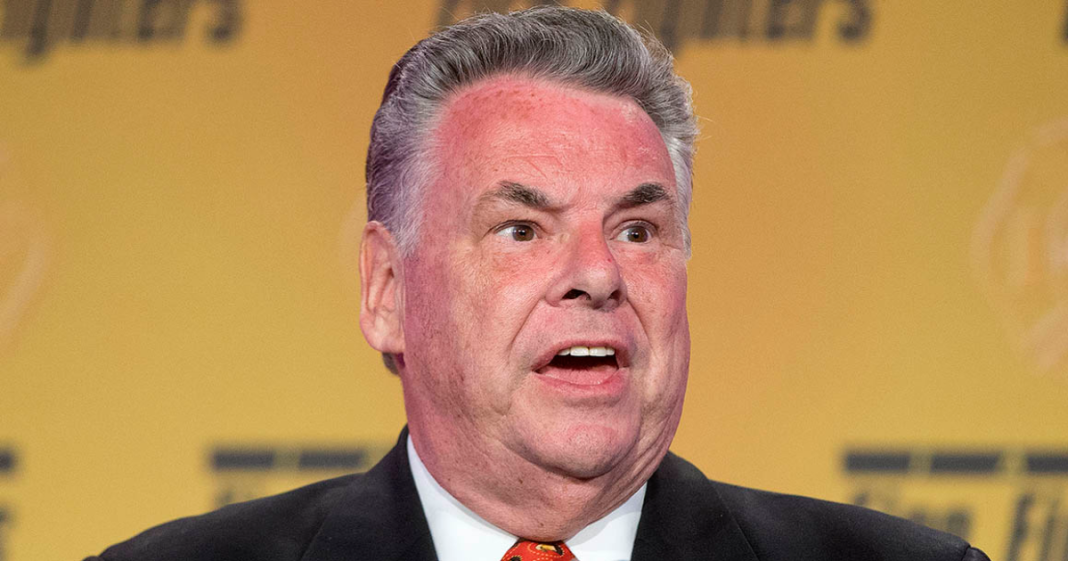 New York Representative Peter King isn’t part of the #NeverTrump crew, but he is about ready to launch his own political hashtag to express the degree to which he despises another GOP candidate.

During an interview on Fox Business, King said that he would rather take cyanide than see Ted Cruz made the Republican nominee. King told Fox that he has some pretty serious issues with Trump, but that he’s generally happy with the candidate. But Cruz? Oh boy does King hate Cruz.

“With Donald Trump, I’ve had some real issues with him. On the other hand, in no way am I comparing him to Ted Cruz. Ted Cruz — anyone in New York who even thinks of voting for Ted Cruz is a nut!”

But of course, true to Republican hypocritical principals, King still said he would endorse whoever made it as the Republican nominee – even Cruz. So King is living proof that blind fealty to the Republican party lasts forever, even into death.