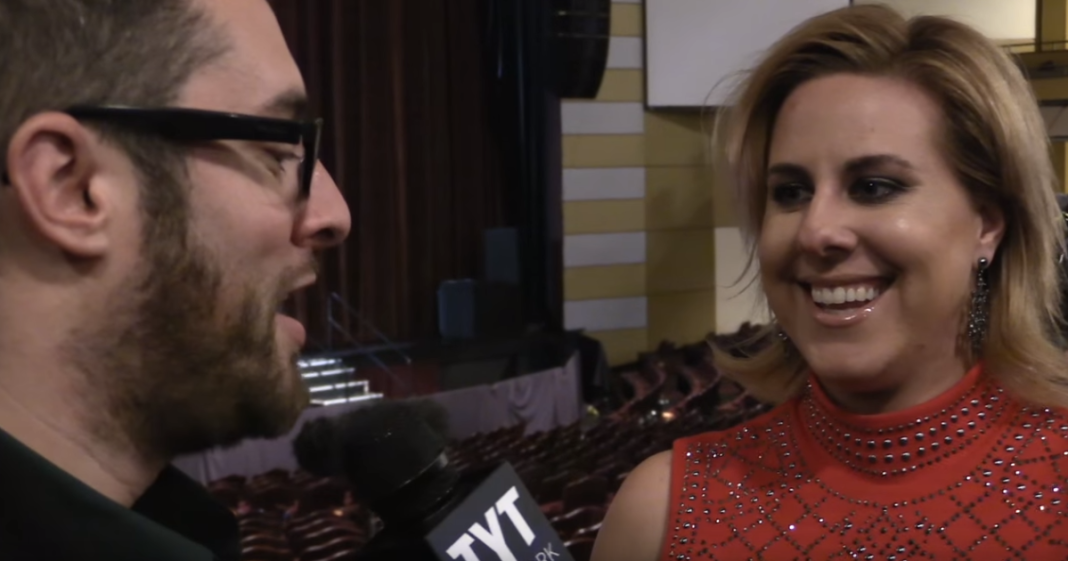 In an interview at a recent Trump event, “The Young Turks” reporter Jordan Chariton spoke with one devoted Trump supporter whose number one reason for lining up behind the candidate is that he is an American citizen.

Chariton pressed the woman to expand on her statement, asking her if that comment meant that she believes president Obama is not a citizen. The woman smiled coyly and said “no comment.” I.e. “Yes.”

That’s the one good thing about Trump’s candidacy – it allows us to quickly identify the most insane and idiotic among us so that we may act accordingly.