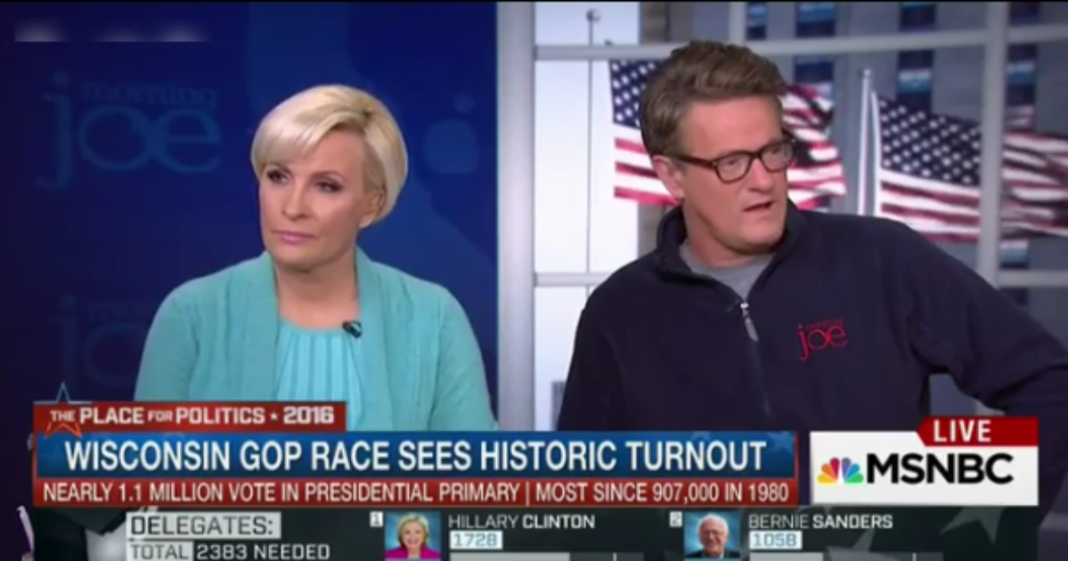 As it is well known and documented, voter suppression in any form benefits Republican races and candidates. When voter turn-out is low, Republicans win; that’s just how it goes.

Which is why it was particularly unsettling to hear “Morning Joe” hosts mocking calls against Wisconsin’s newly instituted Voter I.D. laws which created gigantic backups and inconveniences for Wisconsin voters during their primary on Tuesday. But, according to Mika and Joe, that was all a work of fiction since Republican primary turnout in the state was unusually high.

Once again I will repeat, when voter suppression is in place in a state, Republicans benefit. That comes down to demographics as a much larger majority of Republican voters are older, retired, and able to spend a much longer time voting than a regular working-class person.

“Well, I don’t know, but boy that certainly, I mean, that’s just this side of a poll tax making somebody bring a picture ID. I can’t believe they broke the records, because I was watching all day yesterday about how this is disenfranchising poor voters.”

So Mika, Joe, and newly right-wing MSNBC can laugh all they want, but voter I.D. laws are a very serious and insidious threat to American Democracy, whether they want to acknowledge it or not. We all know how this topic would have been handled had the network not sold it’s soul to Comcast…