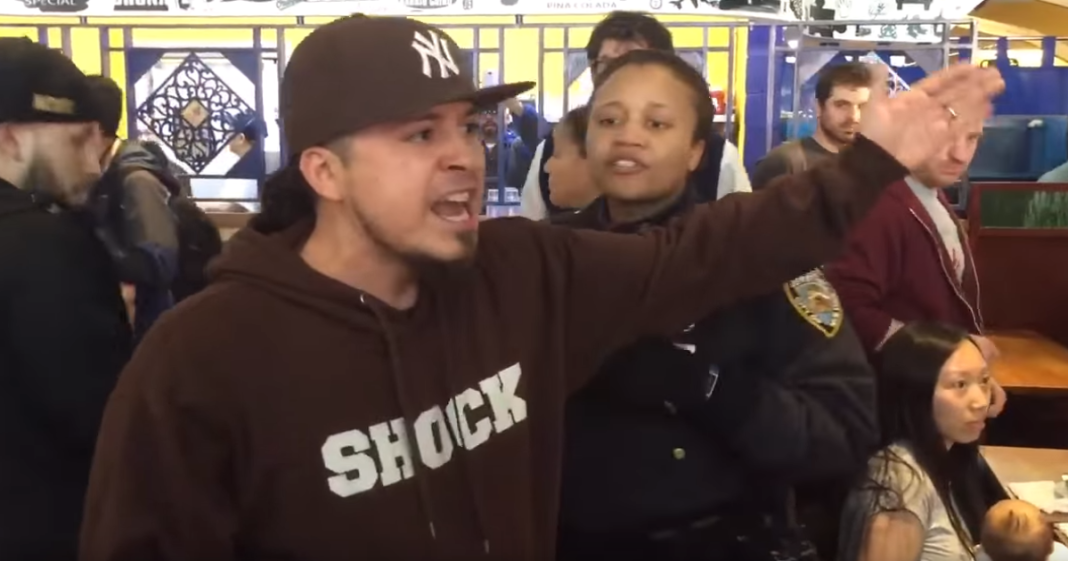 When Ted Cruz tried to make a campaign stop in the Bronx, local protesters were not interested to hear what the GOP candidate had to say. “This is an immigrant community,” Rodrigo Venegas shouted as he was being escorted from the venue.

“Ted Cruz has no business being in the Bronx. This is an immigrant community. We deal with climate change every single day and he wants to say that it doesn’t exist? We are one of the poorest congressional districts in the country, and to receive this right-wing bigot is an insult to the whole community.”

Earlier, Venegas had shouted similar things at the candidate himself, telling him that his anti-immigration campaign made his presence in the diverse community unwelcome. Other protesters joined Venegas, shouting to Cruz and reminding him of the roots of the city he was in.

Elsewhere in the community, students at a charter school who were expected to host Cruz for an event came together to say that if he spoke at their school, the students would walk out in order to stand up against the candidate who they say is “misogynistic, homophobic, and racist.”

Cruz may have found cozy friendships in Wisconsin, but his battle for New York is bound to be much more prickly.