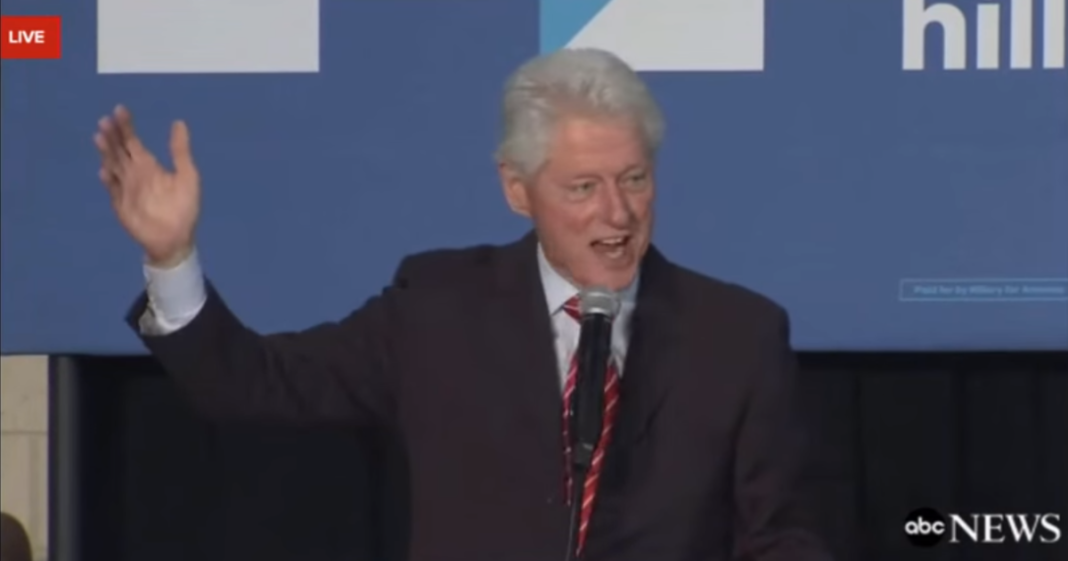 It seems like when former president Bill Clinton opens his mouth to advocate for his wife and presidential candidate Hillary Clinton, he usually does more harm than good. That was certainly true during a rally on Thursday where the former president got in a shouting match with protesters where he attempted to defend comments that Hillary had made when she referred to certain groups of African Americans as “super predators.”

Bill used the common right-wing tactic of referring to black-on-black crime as a distraction from the concerns of the Black Lives Matter movement, saying that the people they are trying to defend are responsible for killing many of the lives BLM activist “say matter.”

“I don’t know how you would characterize the gang leaders who got 13-year-old kids hopped up on crack and sent em out onto the street to murder other African-American children, maybe you thought they were good citizens, she didn’t. She didn’t. You are defending the people who kill the lives you say matter. Tell the truth.”

Both Clinton’s have done an abysmal job addressing the concerns of the Black Lives Matter movement, particularly when it comes to these past comments from Hillary. Both would do well to listen just a tiny bit more and begin to accept their role in the current state of Black communities in America.