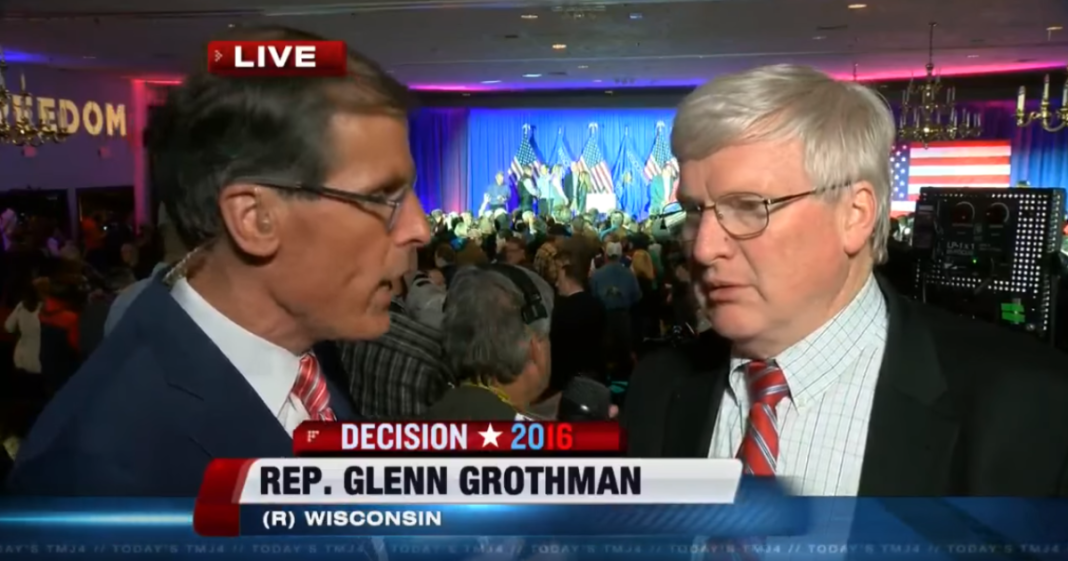 Wisconsin representative, Glenn Grothman, did the one thing Republicans aren’t supposed to do when they are talking about voter I.D. laws: Grothman admitted that the I.D. laws are really just a slimy ploy to cut down on the number of voters so that Republicans can win elections.

As most know, and as senator Bernie Sanders has said again and again, when more people turn out to vote, Democrats win. When less people cast a ballot, Republicans win.

So when Rep. Grothman was asked how Republicans might take Wisconsin in November, Grothman said that Hillary, as the Democratic opponent, would make things easier as well as those handy dandy voter I.D. laws. His words, not ours, folks.

Voter I.D. laws are just one way that Republicans have worked to reduce voting populations under the guise of cutting down voter fraud. The problem with that thought process is that virtually no voter fraud occurs. Despite this fact, sweeping voter I.D. laws continued to be implemented in state after state, making the process much more difficult.