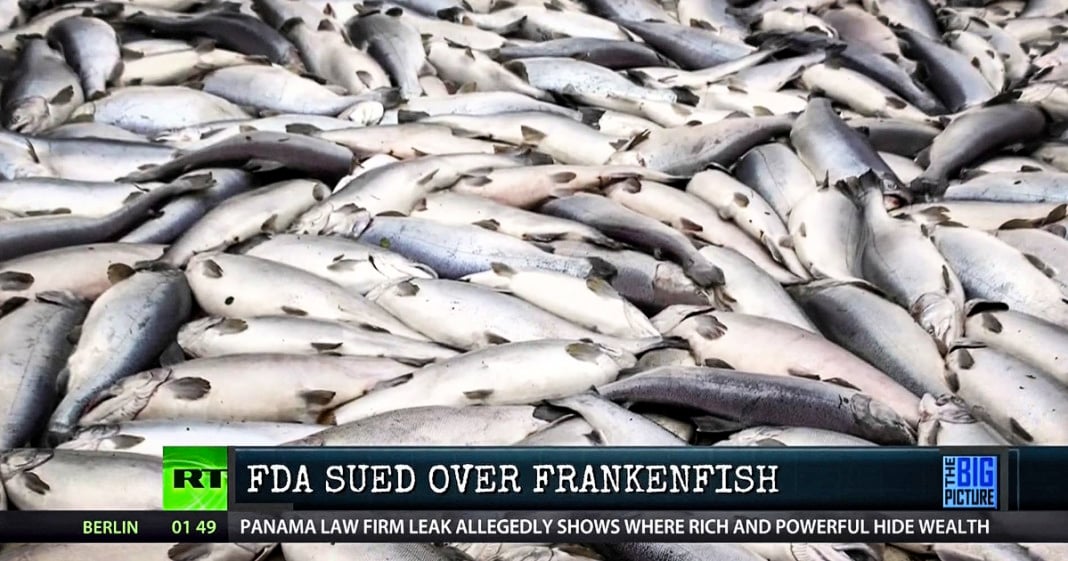 We head to San Francisco – where on Friday – a coalition of food safety activists and environmental groups filed a lawsuit against the Food and Drug Administration – the FDA. The lawsuit concerns the FDA’s recent approval of genetically-engineered salmon – or as some have dubbed it – “frankenfish. The frankenfish contains the DNA of three different species of fish – the Arctic ocean eelpout, the Pacific king salmon, and the Atlantic salmon – and it is the first genetically engineered animal OK’ed for commercial purposes anywhere in the world. Supporters say the frankenfish is a bold step forward for science and conservation. Experts – however – aren’t so sure – and they have serious concerns with its approval for sale and consumption. Patty Lovera, Food & Water Watch, joins Thom Hartmann to discuss this.