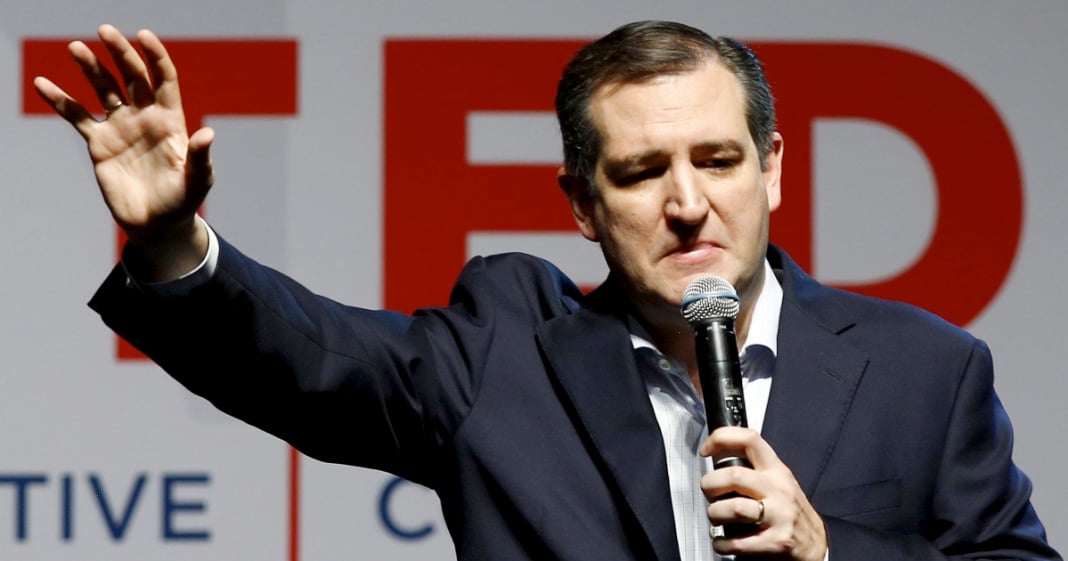 During a recent town hall event with Megyn Kelly, Ted Cruz was pressed to give his own opinion on abortion after Donald Trump’s epic flipflop on the subject. Cruz, being the insane evangelical he is, said that even if a woman became pregnant through rape, she should still have to carry the child to term.

“Rape is a horrific crime against the humanity of a person. But at the same time, as horrible as the crime is, I don’t believe it’s the child’s fault. We want to do every thing we can do to prevent the crime on the front end and to punish the criminal. But I don’t believe it makes sense to blame the child.”

Sometimes we can forget just how batsh*t Cruz really is. Remind yourself with this clip.