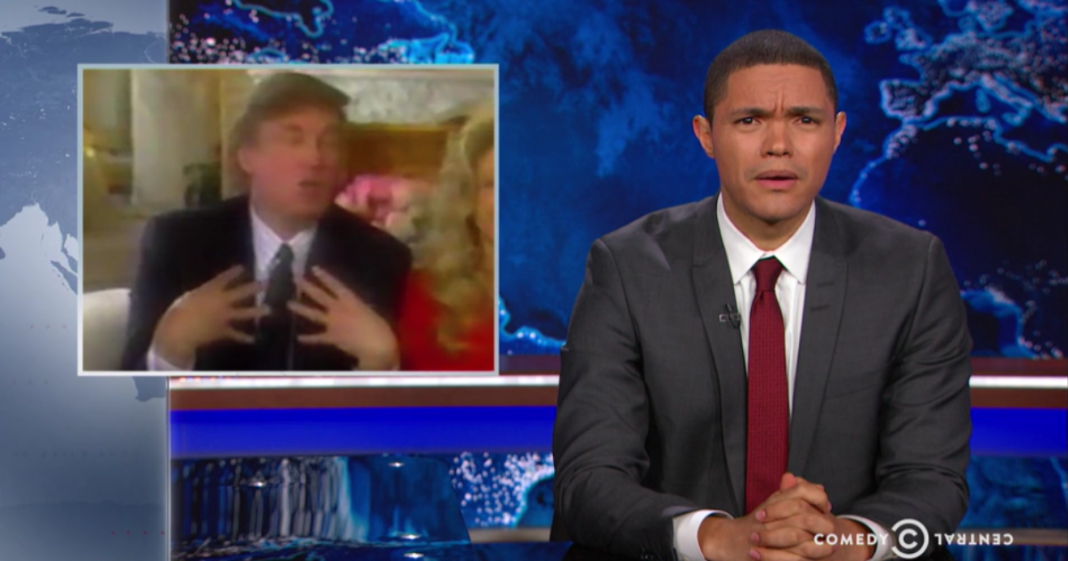 In the hunt for creepy, bizarre quotes from Donald Trump, one usually doesn’t have to look far. As producers of “The Daily Show” quickly discovered, there is no shortage of unsettling quotations coming straight from the mouth of our leading Republican presidential candidate.

During Tuesday’s episode of the show, host Trevor Noah revealed a lesser-known clip of Trump talking about his one year old daughter where he made references to her breasts.

It may be worth noting that the daughter he makes the creepy comment about is the same one that he fails to mention in most of his family shout-outs. Might there be some very real issues behind these creepy words?

You gotta see this. But be warned, you may never be able to look at the Republican frontrunner the same.