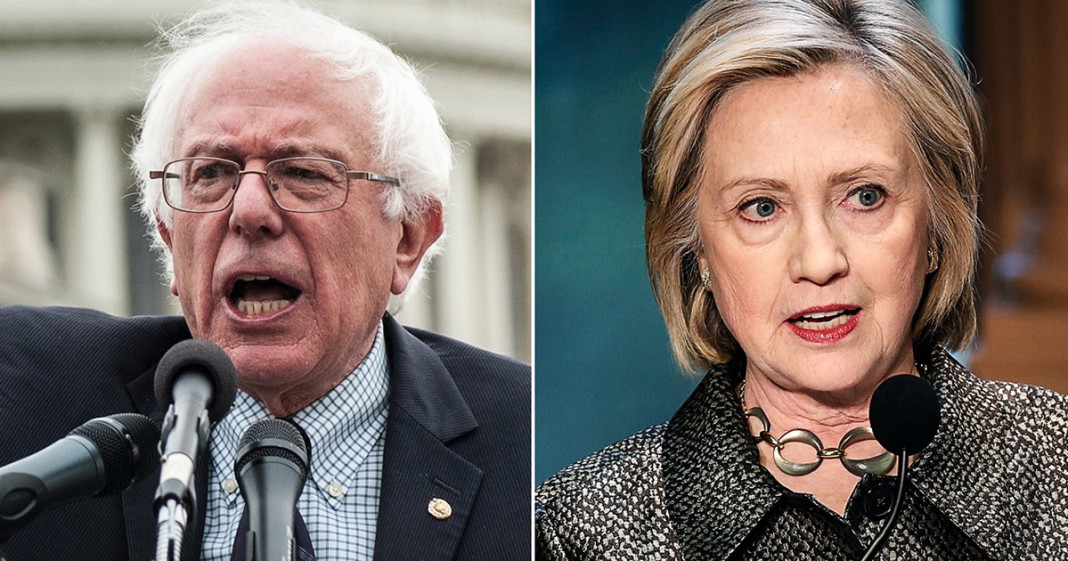 At a time when anger is surging over the gap between the wealthy elite and the tax-burdened middle class, the controversy over the Panama Papers will no doubt fire up voters in the U.S. presidential election, and especially the battle for the Democratic nomination.

Hillary Clinton is perceived as part of the global elite, and it is this same global elite who are under fire for hiding vast amounts of wealth in tax avoidance schemes. Clinton also pushed for a trade agreement with the country at the center of the scandal, Panama; a trade agreement Vermont Senator Bernie Sanders argued against.

Sanders warned Congress in October 2011 that Panama was a known tax haven. He was arguing against the passage of the Panama Free Trade Agreement, which proposed to eliminate tariffs and remove barriers to U.S. services, including financial services.

“Each and every year,” Said Sanders, “the wealthiest people in our country and the largest corporations evade about 100-billion dollars in U.S. taxes through abusive and illegal offshore tax havens in Panama and in other countries.”

The free trade agreement was negotiated by the Bush administration and backed by President Barack Obama as well as then-Secretary of State Hillary Clinton. It passed, along with trade agreements with Colombia and South Korea.

Clinton made the following statement at the time:

“The Free Trade Agreements passed by Congress tonight will make it easier for American companies to sell their products to South Korea, Colombia and Panama, which will create jobs here at home,” Clinton lauded. “The Obama Administration is constantly working to deepen our economic engagement throughout the world and these agreements are an example of that commitment.”

Sanders argued the only ones who stood to gain from the agreement with Panama were the wealthy.

Panama is a world leader, According to Sanders, when it comes to allowing wealthy American and large corporations to evade U.S. taxes. That is why.

Turns out Sanders wasn’t the only voice crying out against the U.S.-Panama Free Trade Agreement. Studies generated by our own federal government at the time showed it would have little effect on the U.S. economy, including job creation. According to the Congressional Research Service, Panama traded little with the U.S. and most exports already entered the country duty-free.

“Although particular industries could be affected to some degree … the FTA cannot have a major effect on the U.S. economy as a whole,” the CRS report said.

The United States International Trade Commission also concluded that because Panama’s economy is small compared to the U.S., “the likely overall effect on the U.S. economy will be similarly very small.”

A report by the non-profit, non-partisan news organization, The Center for Public Integrity, in 2011 showed even then critics were worried about the FTA with Panama and were calling for greater tax transparency to monitor and control drug trafficking, money laundering, and other illegal financial transactions.

The report said the Government Accountability Office listed Panama as one of 50 countries described as harboring tax havens and that Panama made the Organization of Economic Cooperation and Development’s “Gray List,” a list that includes countries that have not implemented an internationally-agreed tax standard.

Despite these reports, Clinton and Obama pushed for the agreement, hailing it as a win for American workers and job creation, while Sanders remained true to his fight, according to his campaign website, for a financial system that works for ordinary people, not solely the top 1 percent.

No U.S. leaders have been named in the Panama Papers, but the controversy once again turns the spotlight on the issue of tax reform. The U.S. presidential primaries have been defined by voters raging against the establishment and the wealthy elite. Sanders’ stance on the U.S. Panama Trade Agreement sets him apart from the world power brokers, while Clinton’s stance firmly establishes her as a supporter, if not a member.

As the Democratic nomination draws closer, the question is, will the party rally behind real change or support the status quo? Voters need to let them know.