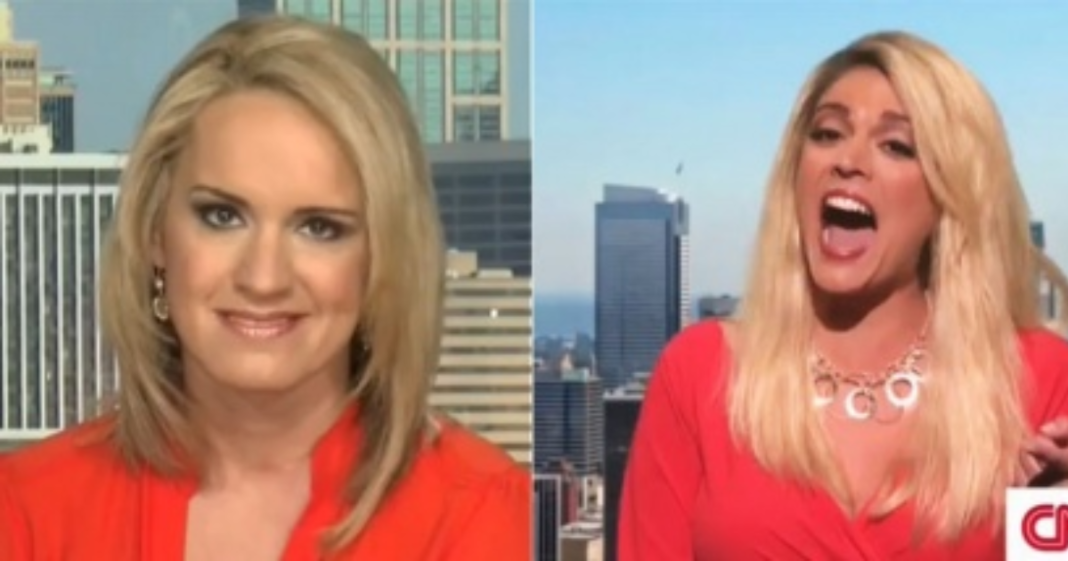 If you ever find yourself notable enough to get your own character on a comedy sketch show, you should cry a few tears – of joy! Trump devotee Scottie Nell Hughes was given this distinct honor on the most recent edition of “Saturday Night Live” where she appeared on the opening skit to defend Trump and tell her fellow pundit that, “I’m crazy, and you can’t break crazy.”

According to Hughes, this was all a terribly traumatic and somehow sexist situation. Hughes explained that while she was apparently entertained by the sketch itself, the implication was what drew a few tears.

“[T]he ultimate shaming, the ultimate sexism. You know, what does ‘SNL’ want me to do, be barefoot and pregnant or maybe just talk about parenting issues?”

Sexism? Really? SNL didn’t even make Hughes look bad – she was played by an attractive actress who acted pretty mildly considering the level of actual insanity that Hughes spews daily. What Hughes has said on air defending Donald Trump is one million times more shameful than any representation SNL could offer.

Hughes is one of those pundits who loves to complain about the “sissification” of America, but when she is put under scrutiny (lighthearted scrutiny at that) she completely falls apart.