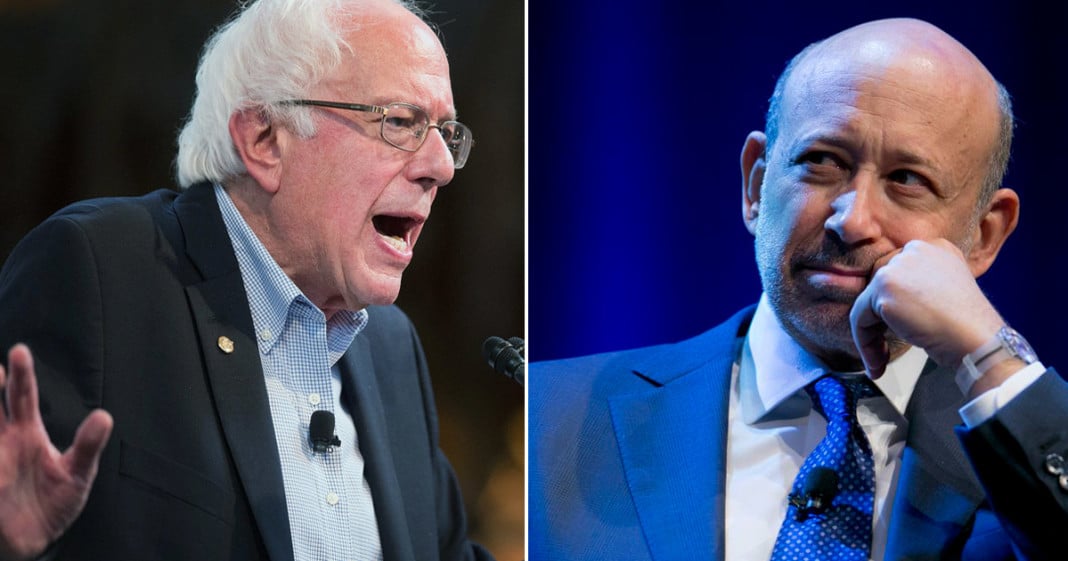 Those who support Bernie Sanders for president do so in large part because he offers up a consistent vision of the United States that has not wavered for his entire time in the public eye serving as a mayor and later senator of Vermont.

One such consistency is the one that most Americans are familiar with – Bernie Sanders is sick and tired of Wall Street. He has no sympathy or close relationships with the cronies in the top one percent and people like Goldman Sachs CEO Lloyd Blankenfein make his blood boil.

This video from 2012 shows that long before Sanders had grand plans to run the nation, he was still going after the thugs stealing millions from hard-working Americans.