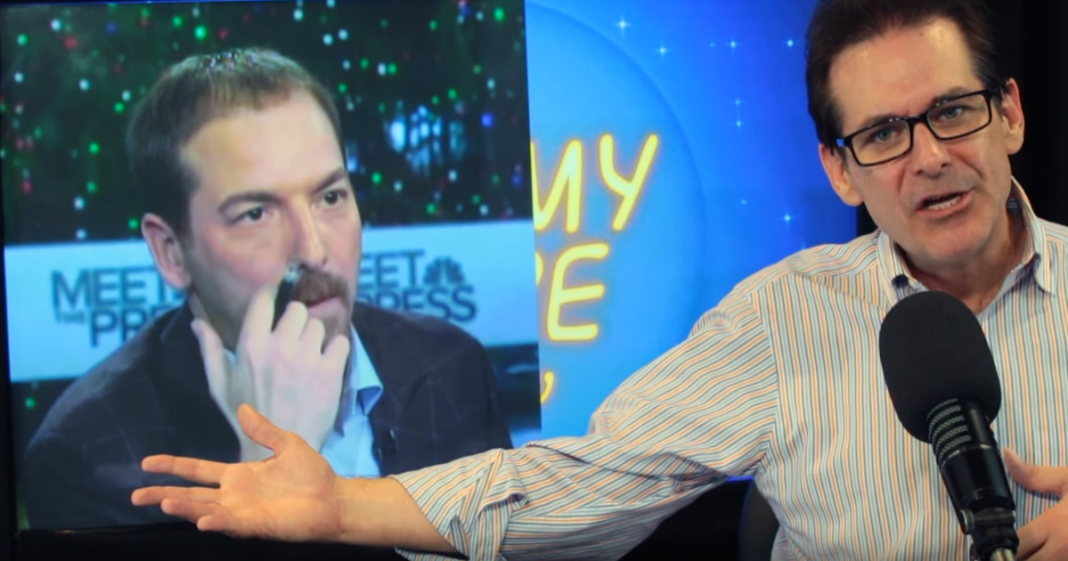 On a recent episode of “Meet the Press,” or as comedian Jimmy Dore refers to as “Press the Meat,” pseudo-journalist Chuck Todd used some pretty loaded language to refer to Bernie Sanders and his campaign spending.

Dore set the clip up on “The Jimmy Dore Show” by showing that Todd had already admitted that his show was completely controlled by whether or not notable guests would agree to appear. And how would they make sure notable guests would show up? Well, by lobbing nothing but softball questions their way.

But this doesn’t appear to be the case with Senator Bernie Sanders who Todd reserves a special Comcast-owned skepticism for. Notably, Dore reminds us, Comcast is a major campaign donor for the Clinton campaign. Coincidence?

Todd makes a pretty obvious attempt at smearing Sanders by saying that he is spending a ton of money, which somehow means that he is buying votes rather than earning them. This is the new norm for MSNBC, which was once progressive liberal’s source for something other than Fox‘s version of “fair and balanced.”