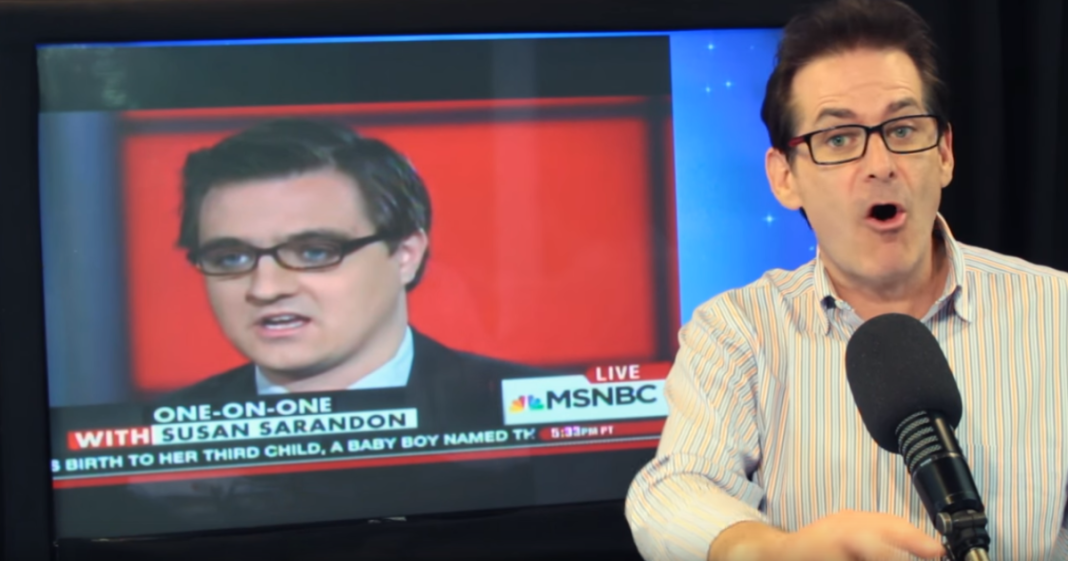 During Saturday’s episode of the “Jimmy Dore Show,” Dore broke down a recent interview between MSNBC‘s Chris Hayes and actress and Sanders advocate Susan Sarandon.

Sarandon has come under fire recently as many misconstrued earlier remarks where she said that she might not necessarily line up behind Hillary Clinton if Sanders isn’t the nominee.

Dore points at several instances during the interview between Hayes and Sarandon where Hayes condescends and dismisses the legitimacy of the Sanders campaign.